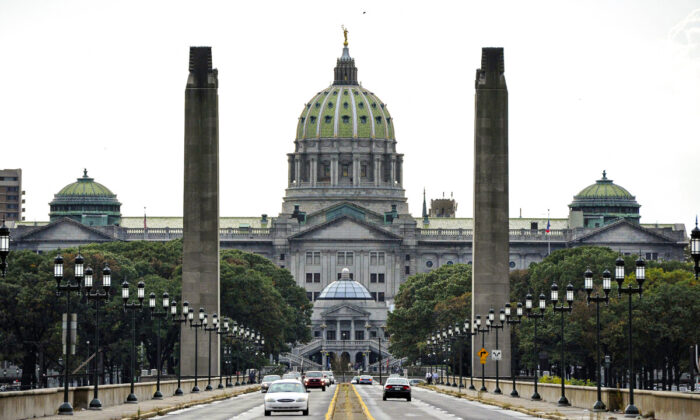 Proposed Pennsylvania Legislation to Watch in 2022

While numerous bills are proposed throughout the year, some bills move quickly to the floor for a vote while others never get out of committee. As the calendar turns to 2022, here are some new laws Pennsylvania legislators will be trying to pass in the coming year—a small sample of the many new laws recently proposed.

“My legislation will ensure that students can legibly print by third grade and write in cursive by the end of fifth grade,” Cruz said in a memo introducing House Bill 2185.

“In the digital age of instant communication, certain skills such as handwriting are becoming less necessary than before. Despite the instruction of cursive handwriting slowly disappearing from classrooms, there is increasing evidence of its benefits that go beyond simply writing. Not only does cursive writing require fine motor skills associated with cognitive development but engaging in handwriting activities can activate many neural pathways that aren’t formed when tracing or typing letters alone.” He adds that handwriting is linked to improved word recognition, hand-eye coordination, and information retention.

The Bill was recently moved into the House Education Committee.

Pets on Lap While Driving

Cruz is also reintroducing legislation that would ban having a pet on your lap while driving.

“Having a pet loose in a car or even sitting in the front seat can not only be a distraction to the driver but can cause significant harm or even death to the animal if involved in a relatively minor crash,” Cruz said in this memo. “Driving while holding a pet, regardless of its size, is undoubtedly a safety hazard—to the animal, the driver, and all individuals on the road.”

House Bill 2184 would prohibit an animal on a driver’s lap or in the driver’s immediate area.

In neighboring New Jersey, dogs are required to be in an animal carrier when the vehicle is in motion.

Rep. Morgan Cephas, a Democrat, is sponsoring HB 2179, a measure requiring companies that lay off more than 50 people at a time to provide severance pay and health insurance coverage.

“We need to put an end to the days where corporate executives collect large bonuses, while workers and their families suffer,” Cephas said in her bill memo. “

The legislation would require companies to pay one week’s pay for each year of service during a mass layoff or plant closing. It has 12 Democratic co-sponsors and is in the House Labor and Industry Committee.

Tougher Requirements to Get on School Board

To get on the primary ballot, candidates must collect a certain number of signatures, depending on what seat they seek. For a school board, candidates currently only need 10 signatures. Republican Rep. Marci Mustello would like to change that to 100 signatures.

“It should be more challenging to get on the ballot for any individual who has the ability to levy taxes,” Mustello said in her bill’s memo.
House Bill 2187 is in the State Government Committee.