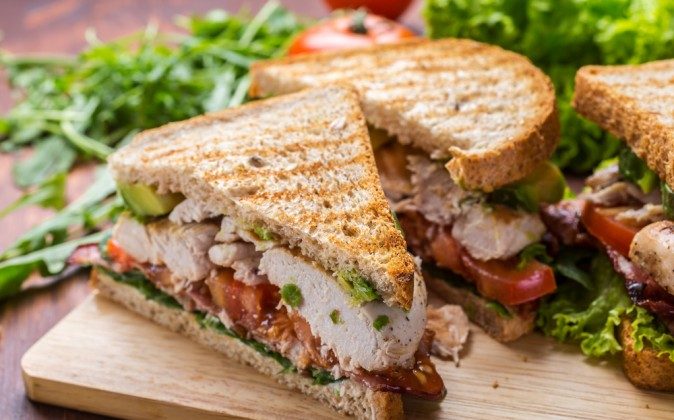 The November 2014 issue of Consumer Reports has a well-researched article showing that the vast majority of people on gluten-free diets: 1) could be missing treatment for another disease that they may really have, 2) are not eating a more healthful diet, 3) are paying more for the food they eat, 4) are at increased risk for gaining weight, 5) are getting gluten in foods labeled gluten-free, and 6) may be exposing themselves to higher levels of arsenic from rice. A survey by Consumer Reports showed that 63 percent of North Americans think that a gluten-free diet improves physical or mental health, and 33 percent buy gluten-free products because they believe they will improve digestion and gastrointestinal function, help them lose weight and have more energy, lower high cholesterol, and strengthen the immune system. However, if you do not have celiac disease, a gluten-free diet is not likely to offer you any benefits at all.

Who Is Sensitive to Gluten?

Gluten is a protein in wheat, rye and barley. It is also found in oats because most oats are stored in silos with gluten-containing grains. Gluten is what makes dough stay elastic while it is rising. About one percent of North Americans do have a sensitivity to gluten and should avoid it. However, popular authors have attributed many symptoms to gluten sensitivity that may actually have other causes. Weight gain can be caused by eating too many refined carbohydrates, intestinal cramping could be caused by Crohn’s disease, and joint pain can have many treatable causes such as Lyme disease, gonorrhea or chlamydia. Irritable bowel syndrome (gas and bloating) is commonly caused by carbohydrate intolerance and only rarely by the protein gluten. For a detailed explanation, see Gluten-Free Doesn’t Make It Good For You.

Your doctor can do a blood test called a “celiac panel” to see if you have antibodies to gluten. If the test is negative, the odds are that you are not sensitive to gluten, but if you still think that you are sensitive to gluten, your doctor can do an intestinal biopsy. If the biopsy and blood tests are negative, you can look for another cause of your health problems. However, if you still believe that you may benefit from a gluten-free diet, try one and see if it makes you feel better. Be critical and allow for the placebo effect. If the diet doesn’t help you, make sure that you try to find out what is really causing your problems.

The Consumer Reports survey found that 25 percent of the respondents believe that gluten-free foods have more vitamins and minerals than other foods. However, many gluten-free foods are made with refined carbohydrates such as rice flour or corn flour that are deficient in nutrients such as folic acid and iron. These nutrients are found in all whole grains. Many gluten-free products are also high in sugars and fats that increase risk for weight gain, diabetes and heart attacks. You may still be eating gluten when you buy foods labeled no-gluten, particularly chips and energy bars that include malt made from barley.

If your gluten-free diet causes you to increase your consumption of rice, be aware of concerns about the arsenic content of rice grown in some areas. See Consumer Reports data and guidelines on arsenic in rice.

You May Pay More

Consumer Reports found that gluten-free versions of all foods except ready-to-eat cereals were likely to cost twice as much as the same food without a gluten-free label. North Americans are spending more than $9 billion a year on gluten-free products, including pet foods, beauty products and household cleaners as well as foods.

Gluten Is Good for You

Several studies have shown benefits from gluten for people who do not have celiac disease:
• Gluten helps to lower high triglycerides, a blood fat that can increase risk for diabetes and heart attacks.
• Gluten increases growth of good bacteria in your intestines that reduce inflammation and increase absorption of healthful nutrients.
• Gluten makes your cells more sensitive to insulin, helping to prevent or treat diabetes.
• Gluten may reduce heart attack risk, and lower high blood pressure.

If you decide to go on a gluten-free diet, follow all of the principles of other healthful diets:
• Eat plenty of fruits and vegetables.
• Avoid processed gluten-free products that often are loaded with sugar, calories and fat.
• Eat WHOLE grains that do not contain gluten: wild rice, quinoa, amaranth, corn, millet,
• Limit rice to avoid excessive exposure to arsenic.
•* If you are trying to lose weight, limit foods made with any type of flour or starch, and any added sugars.
• Include a variety of protein sources: lean poultry, fish, beans, nuts and other seeds.

*Image of “sandwich” via Shutterstock