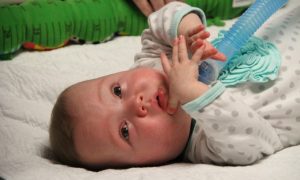 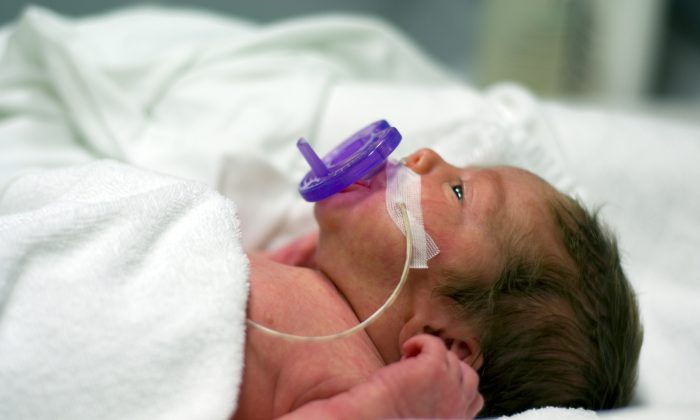 Preemies May Not Show Early Signs of Autism

Premature infants who avoid eye contact in early infancy are less likely to show symptoms of autism at age two than babies who maintained eye contact early on.

Babies who are born prematurely are at increased risk for developing autism spectrum disorder.

“Children with autism typically have challenges with social interaction and may avoid eye contact, but it turned out that children in this study who had characteristics of autism at age two were more likely to maintain eye contact and not avert their gazes in early infancy,” says Bobbi Pineda, assistant professor in occupational therapy and in pediatrics at Washington University in St. Louis.

Difficult to Diagnose Before Age 2

Early intervention can benefit children with autism spectrum disorder—but, while signs of autism have been observed in infants as early as two to six months of age, the disorder is difficult to diagnose before age two.

In a new small study, published in the American Journal of Occupational Therapy, researchers observed behavioral symptoms characteristic of autism in a particularly high-risk group of young children: those born prematurely.

Observing early behaviors may give researchers and clinicians indicators to look for early in life so they can recommend timely diagnostic testing and interventions to improve a baby’s adaptive responses and outcome.

For the study, researchers evaluated 62 premature infants hospitalized in the neonatal intensive care unit (NICU) at St. Louis Children’s Hospital. The infants were born at least 10 weeks before they reached full term and were evaluated close to the dates they were supposed to have been born.

The researchers focused on whether the infants made eye contact or averted their gazes; responded to objects or people around them; interacted socially; and calmed themselves when upset. They also looked at whether the babies exhibited a horizontal repetitive eye movement called nystagmus.

Of the 62 preemies, 58 were observed for visual cues; the others were asleep during visits from the researchers. Of those 58 babies, 41 averted their gazes, and 21 showed nystagmus. Nearly all of the infants with nystagmus—19—also averted their gazes.

When the babies in the study were screened for autism at age two, using a recognized screening checklist for autism in toddlers, 13—or 21 percent—screened positive. A positive finding indicates a child is at risk and should receive diagnostic testing.

The researchers were surprised to find that many of the babies who had averted their gazes and showed signs of nystagmus as infants did not display warning signs of autism at age two.

“Surprisingly, we found that the children who later screened positive for autism were more likely as infants to not avert their gazes during social interaction,” Pineda says. “They were more likely to sustain eye contact.”

The researchers speculated that premature infants in the NICU may avert their gazes as a coping mechanism to help them deal with the stress of an intense environment during a vulnerable period of development. So absence of gaze aversion, could signal an inability to avoid stressors.

“This could explain why some infants behave differently in social interactions as babies than later, as children,” Pineda says. “Better understanding how autism traits emerge along the developmental pathway is an important area for future research.”

The researchers hope the new study will lead to better defined differences in development across the lifespan, including the neonatal period. Nearly one in 68 children in the US is diagnosed with autism, according to the Centers for Disease Control and Prevention.

The National Institutes of Health, the Washington University Intellectual and Developmental Disabilities Research Center, the National Center for Advancing Translational Sciences, and the Comprehensive Opportunities for Rehabilitation Research K12 award funded the work.

This article was previously published by Washington University in St. Louis.  Republished via Futurity.org under Creative Commons License 4.0.