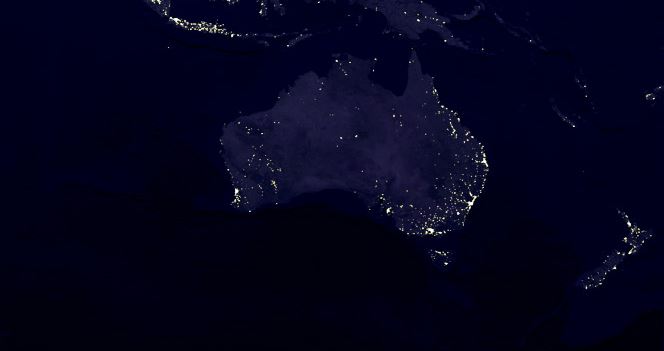 A photo taken by satellite of Australia's lights at night, on Oct. 19, 2000. (NASA/GSFC)
Australia

They are meant to give written notice to people on life support four days in advance of a planned interruption.

“It is imperative that these customers receive advanced notice of any planned interruption to their energy supply, so they can make alternative plans. This reduces any risk of harm occurring or more serious consequences for those customers,” AER Chair Paula Conboy said on Sept. 19.

So far, no one has died as a result of these surprise interruptions.

“Customers relying on life support equipment are particularly vulnerable and any unexpected loss of supply can have dangerous, and even fatal consequences,” Conboy said.

The Australian Energy Regulator has fined those companies about half a million dollars in total.

No one has been notified since July 2016 and seven of those interruptions have occurred in the previous two and a half months.

As a result of their infringements, an independent auditor is required to ensure Energex has adequate systems and processes in place to ensure that those on life support can be protected. TasNetworks has provided additional assurances to the AER that they’re going to reduce potential sources of errors and implement a training refresher for their staff.

According to the National Energy Retail Law and the National Energy Retail Rules, the AER may send out an auditor or ask a retailer or distributor to check power companies for compliance. Starting February 2019, new laws will be added to further protect people on life support. The new rules will improve the accuracy of life support registers and allocate the responsibilities clearly to retailers and distributors.