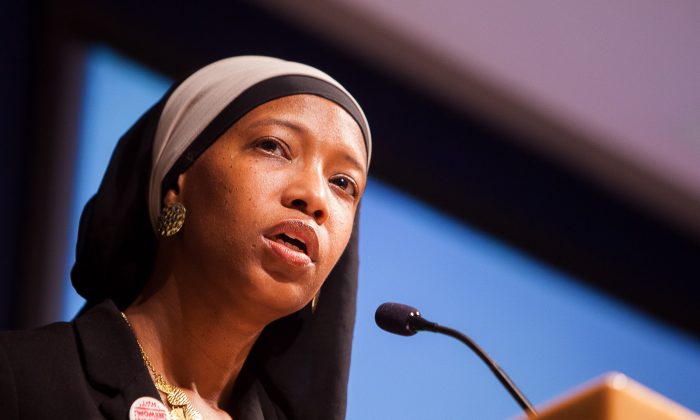 Seven years after the recession New York schools finally recovered from repeated budget cuts, but only to find themselves in the same dreadful state they were in when the recession hit.

As the state is ready to distribute some $5 billion in budget surplus from several bank settlements, education advocates are getting ahead of budget negotiations and asking for a bigger piece of the pie.

The New York State Alliance for Quality Education (AQE) is one of several advocacy organizations ready to release a report on the matter on Monday, the Daily News first reported.

The report follows the State Board of Regents’ ( the governmental arm responsible for the general supervision of all educational activities within the state) request for a $2 billion increase in school funding after an inquiry from the governor’s office.

But it remains a question as to how much the fiscally conservative Gov. Cuomo is willing to give.

In 2006, after 13 years in courtrooms, a community-based non-profit Campaign for Fiscal Equity won a land-mark lawsuit accusing the state of insufficient funding of high-need schools. A year later Governor Eliot Spitzer agreed to bump up the state funding by $5.5 billion in four years. The poorer and needier the student population, the more money the school would get. The biggest chunk was slated for the New York City.

Yet after two years and a state aid beef-up of some $3.5 billion, the recession hit. Not only did the increases stop, but also by 2011 the aid was cut by $2.7 billion.

When the economy bumped back, so did the funding—over $2.8 billion—but the underlying problem remained—poorer schools receive less funding than wealthier schools.

And it’s not because the state is giving wealthier schools more money, but the affluent districts are able to supplement their funding with local property tax dollars. Thus, despite ups and downs in the state help, wealthy schools are feeling less of a crunch.

As a result of the funding inequality, the 100 richest school districts pay more than $28,000 per pupil, while the 100 poorest spend about $20,000, according to Zakiyah Ansari, campaign director at the AQE. The gap is almost 9 percent bigger than in 2011, when Cuomo took office.

The AQE is partially funded by the New York State United Teachers, the state’s teachers union. And it’s still counting how much the schools should have received if the state had fulfilled its obligations to the 2006 lawsuit. The figure now stands at almost $6 billion, with most of the money owed to low-income districts.

Do Schools Need It?

Whether schools need more money is not a straightforward question. Cuomo has been pointing out that New York schools already get paid most per pupil in the nation.

And there are other causes standing in line. Cuomo already promised $1.5 billion of the bank settlement surplus for an upstate economic boost. And Democrats may be pushing for the settlement funds to patch the state’s ever-expensive pension system.

The largest chunk of a school budget is tied to payroll. While a starting teacher salary in New York City is over $45,000, when adjusted for the cost of living, it translates to just about $25,000, according to a December report by the National Council on Teacher Quality, a conservative think tank focusing on teacher quality.

In fact, the report ranked the city as 119th of 125 studied urban school districts for adjusted lifetime teacher earnings.

The AQE said many school districts are still cutting programs because of tight budgets. Two out of three increased class sizes in the past three years and one in three cut programs like arts, after-school programs, and tutoring.

Moreover, the disparity in funding between districts makes it more difficult for the poor ones to keep good teachers.

The AQE is expecting 1,000 parents and students to rally on Monday in Albany for more school funding.

In the upcoming budget negotiations the advocates may be successful in getting more money for the schools, but it may be hard for them to skew the distribution more in favor of the needier, according to David Bloomfield, education policy professor at CUNY Graduate Center and Brooklyn College.

UPDATE: The article was updated to reflect that the Daily News first reported the existence of a report on school funding inequity to be released on Monday.