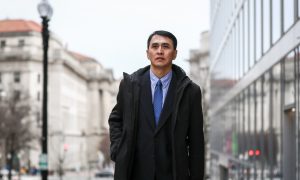 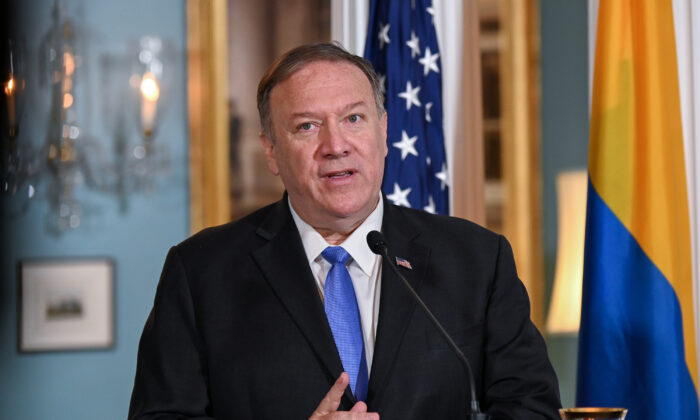 WASHINGTON—U.S. Secretary of State Mike Pompeo said on Oct. 9 that China’s treatment of Muslims, including the Uyghurs, in western China was an “enormous human rights violation” and Washington will continue to raise the issue.

“This is not only an enormous human rights violation, but we don’t think it’s in the best interests of the world or of China to engage in this kind of behavior,” Pompeo said in a television interview with American broadcaster PBS.

Asked whether Chinese leader Xi Jinping was responsible, Pompeo said: “Xi Jinping leads the country just like the leader of a tank platoon, a small business or a country is responsible for the things that happen in your name.”

Punishing Beijing for its treatment of Muslim minorities, the U.S. government this week widened its trade blacklist to include some of China’s top artificial intelligence startups and announced visa restrictions on Chinese government and Communist Party officials it believes responsible for the detention or abuse of Muslim minorities in Xinjiang.

Pompeo on Sunday called on all countries to resist China’s demands to repatriate ethnic Uyghurs, saying Beijing’s campaign in the western Chinese region of Xinjiang was an “attempt to erase its own citizens.”

U.N. experts and activists say at least 1 million Uyghurs, and members of other largely Muslim minority groups, have been detained in camps in the remote region.

“We’re going to continue to talk about these human rights violations,” Pompeo said. “As the president has said in another context in Hong Kong, we want to make sure that these issues are handled in a way that is humane.”

Asked about a growing dispute over a tweet by a National Basketball Association (NBA) team official supporting the protests in Hong Kong, Pompeo said American businesses were waking up to the risks of operating in China.

“The reputational cost to these companies, I think, will prove to be higher and higher as Beijing’s long arm reaches out to them and destroys their capacity for them, their employees—in the NBA’s case team members and general managers—to speak freely about their political opinions,” Pompeo said.