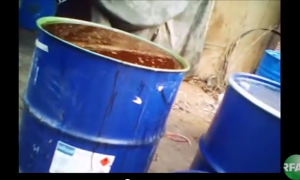 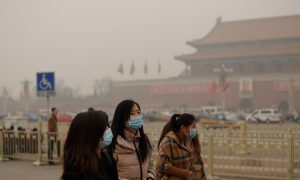 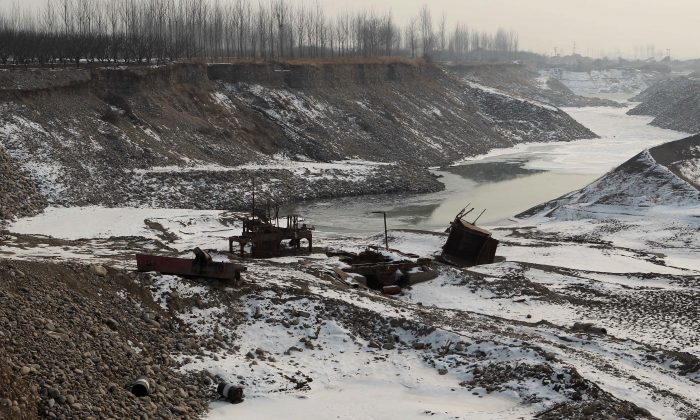 Poisonous Mine Shut Down in China’s Hunan Province

Leaves behind ill and dying people in surrounding villages
By Fang.Xiao
Print

Asia’s largest realgar mine has been shut down, leaving behind massive arsenic contamination with ill and dying people in surrounding villages.

The 1,500 year-old mine, located in Baiyun Township, Shimen County, in China’s Hunan Province, once a source for a Chinese medicinal supplement, has gradually become a toxic wasteland during the past six decades.

Arsenic contaminated soil and water within 9 square kilometers (5.5 square miles) of the mine has poisoned more than a thousand villagers, according to a report by Legal Weekly, a mainland Chinese media.

Hu Lizhen, a local villager, said five of her 11 family members have already been diagnosed with arsenic poisoning, but not all of them have been checked yet.

Another villager said the water is not drinkable, and they have to get water from outside.

People from surrounding areas won’t buy vegetables from these contaminated villages. So, residents have no choice but to eat their own crops due to financial hardship.

People who suffer from arsenic poisoning are usually bedridden, unable to straighten their fingers, and their skin is marked with dark bumps. If the arsenic poisoning is not treated early, it develops into skin or lung cancer.

According to Dr. Zhao Guangming, the vice president of the Huang Plant Hospital, an average of 10 people in the area have died each year from arsenic poisoning, with the highest number being 30. From 1976 to 1998, there were more than 300 deaths, he said.

Realgar is an arsenic sulfide mineral, also known as “ruby suphur” or “ruby arsenic.” It has been used as a red pigment in ancient China, India, Rome, and Egypt.

Realgar’s other uses have been in fireworks manufacture, leather production, and as a pest control because of its toxicity. It has also found application in Chinese medicine where it was mixed with rice liquor, for example, to make realgar wine.

Over the past 60 years, the once prosperous mine has been steadily declining, according to locals. The wealth once associated with realgar mining is now only a distant memory.

“It used to be a privilege to be able to work in the realgar mine, and all young people were trying very hard to land a job there,” said taxi driver Mr. Wang, while explaining the mine’s history to the Legal Weekly.

Today, the tracks have been removed, leaving several bare hills and ruins.

One resident told an Epoch Times reporter that the contamination is a manmade disaster, and the local government should be held accountable.