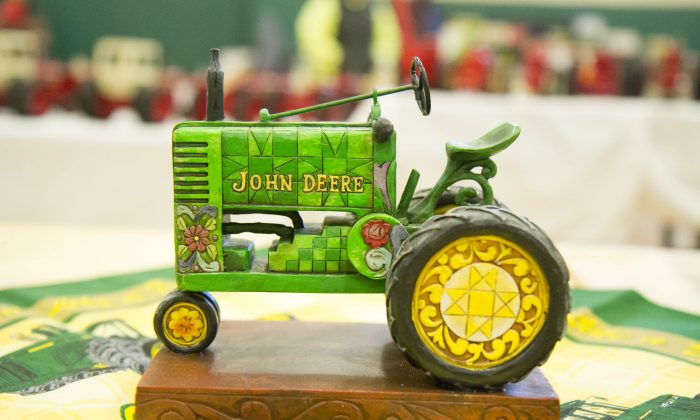 WAWAYANDA—Orange County had its second annual farm toy show on Nov. 21 and co-chair of the event, Edith Bush, said there was a sizable turnout of both vendors and spectators, especially since this was only the show’s second year and it was the first day of big game season. Besides the displays and vendor tables of toy farm equipment and other farm-themed toys, there was a pedal tractor pull for kids, a silent auction, demonstrations of hand-crank corn grinding machines, several life-sized tractors for kids to sit on, and a historical display on victory gardens, which were promoted during World War II so the country could send more food overseas to the soldiers. The event was a fundraiser for the construction of the Cornell Cooperative Extension Orange County education center and 4-H park, and it raised about $1,500.