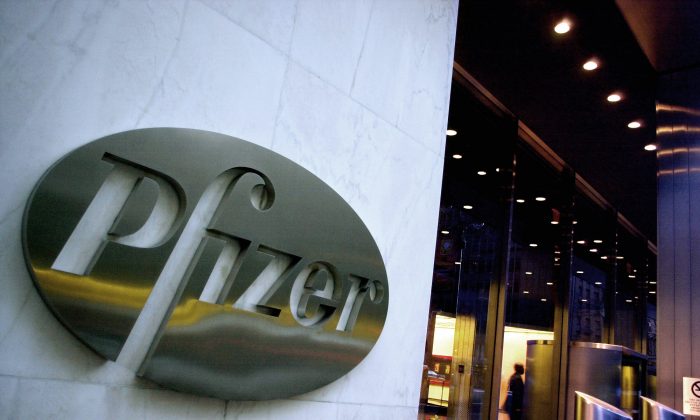 By Linda A. Johnson

TRENTON, N.J.—The first in a new class of cancer medicines, Pfizer’s Ibrance, appears poised for approval to treat advanced breast cancer within a few months and could quickly become a blockbuster, some analysts believe.

Their reports came just after the New York-based drug maker said the FDA informed Pfizer it wouldn’t convene a panel of outside experts to review testing data on the drug, known chemically as palbociclib.

“We have consistently believed this is a product that the FDA sees value in.”
— Vamil Divan, analyst, Credit Suisse

Such advisory panel meetings are often held, in addition to the review by FDA staff members, particularly when a drug is the first in a new class or there are concerns over effectiveness or side effects.

In recent years, the FDA has rejected many experimental drugs initially, requiring additional data and even new rounds of patient testing. But the FDA gave Ibrance priority review, part of its strategy to get potential breakthroughs to patients faster.

Pfizer also said it is already discussing with FDA staff the wording of the detailed package insert for the drug, another sign approval is likely soon.

That would give Pfizer more of a head start on rivals in earlier stages of testing their own experimental drugs in the class, called CDK4/6 inhibitors.
Those drugs are believed to block enzymes, called CDK4 and 6, that help cancer cells divide uncontrollably.

Pfizer is seeking approval to market Ibrance for patients with advanced breast cancer whose growth is fueled by the hormone estrogen but not the growth factor HER2—the majority of postmenopausal women with breast cancer.

If approved, Ibrance would be given with an older cancer drug, letrozole, which reduces estrogen production. The two drugs would work synergistically.

Credit Suisse analyst Vamil Divan wrote to investors that he’s “somewhat surprised” the FDA won’t have an advisory committee meeting because the agency’s decision would be based on a relatively small amount of data, a mid-stage Pfizer study called PALOMA 1.

It included 165 women who received Ibrance either alone or with letrozole. Among those receiving Ibrance, their cancer did not worsen for 20.2 months on average, twice as long as for women only receiving letrozole.

“We have consistently believed this is a product that the FDA sees value in and is committed to getting to the market as quickly as possible,” Divan wrote.

He’s forecasting Ibrance sales of about $420 million this year, $1 billion next year, and $2 billion in 2017. Jeffries LLC analyst Jeffrey Holford forecasts sales of $5 billion by 2020. He wrote Thursday that he’s very confident Ibrance will win approval on the first try, which would boost Pfizer stock about 5 percent.

Pfizer currently is running multiple, much larger studies of Ibrance among other women with breast cancer and, along with partners, is testing it against other cancer types, including head and neck, lung, and prostate cancer and melanoma.

Meanwhile, Novartis AG and Eli Lilly and Co. are developing their own CDK4/6 inhibitors but are earlier in the testing process.