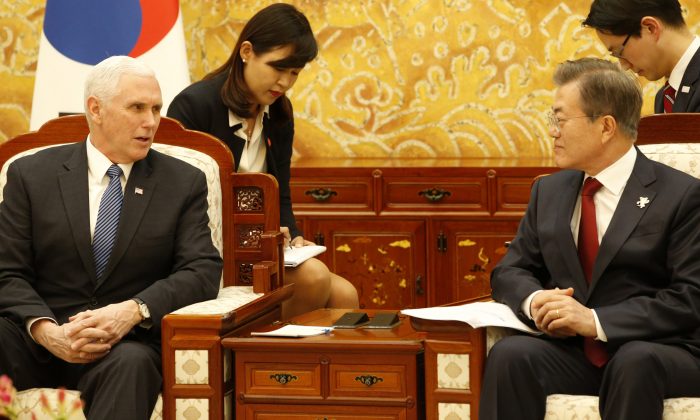 “President Moon reaffirmed to me his strong support of our extreme pressure campaign to continue to bring additional sanctions on North Korea,” Pence told reporters on the second day of his trip to South Korea for the Pyeongchang Winter Olympics.

Pence said North Korea’s military parade on Thursday was “one more part of an ongoing provocation” and another effort by the North to display their ballistic missiles.