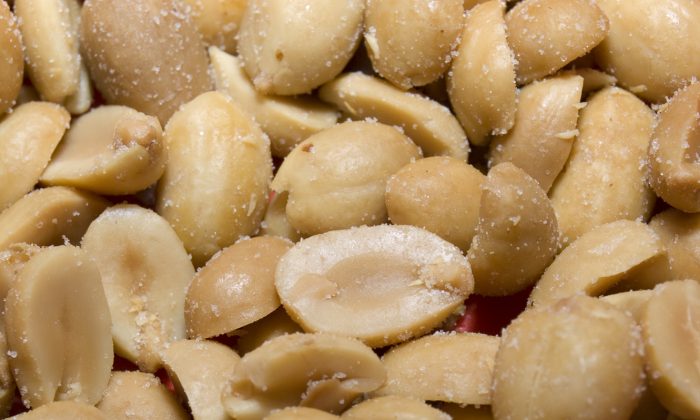 An Australian researcher has great news for children with peanut allergies—most of them may be able to enjoy the treat after all.

Professor Mimi Tang, a pediatric immunologist allergist at the Royal Children’s Hospital in Melbourne, made a splash four years ago with her surprisingly simple and effective treatment of peanut allergies.

She fed 31 allergic children with increasing amounts of a probiotic and peanut protein once a day. After 18 months, over 80 percent of the children were eating peanuts without any adverse reactions.

Four years later, Tang and her team contacted the children again and asked if they still eat peanuts. Not all agreed to participate in the follow up, but of the 24 that agreed, 16 were still eating peanuts.

“The importance of this finding is that these children were able to eat peanut like children who don’t have a peanut allergy and still maintain their tolerant state,” Tang said, according to Murdoch Childrens Research Institute (MCRI), which co-sponsored the study with the Australian Food Allergy Foundation.

“It also suggests the exciting possibility that tolerance is a realistic target for treating food allergy,” Tang said. “This is a major step forward in identifying an effective treatment to address the food allergy problem in Western societies.”

About 1.5 million American children suffer from peanut allergies, based on a 2009-2010 survey.

What Tang aims for is building a tolerance to peanuts, not curing the allergy itself. Four of the children in her follow-up study actually reported allergic reactions to eating peanuts over the past four years. All of them, however, were less severe, like heaves, cough, itchy throat, stomachache, or vomiting.

None of the participants experienced anaphylaxis, the life-threatening allergic reaction that requires an immediate adrenaline shot and a trip to an emergency room.

The probiotic used in the treatment was Lactobacillus rhamnosus, which is used in some foods and drugs.

Last year, OneVentures committed almost $12 million to Tang’s research. The investment firm set up a biotech company, Prota Therapeutics, together with MCRI and aims to gain approval for the treatment from the U.S. Food and Drug Administration. But first the company plans to solidify Tang’s results with a larger study.

“For the first time, we could have products on the market that provide meaningful and long-lasting treatment benefits, which allow sufferers to eat peanut products without thinking about it, as part of a regular diet just like unaffected people,” said Suzanne Lipe, Prota’s chief executive.