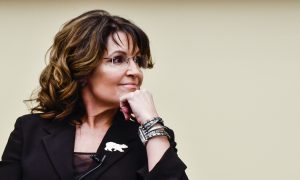 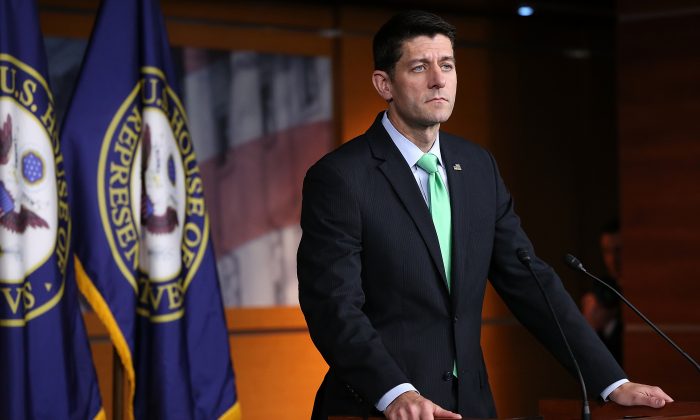 Speaker of the House Paul Ryan said that he would step down from his position as co-chair at the Republican National Convention if he were asked by the presumptive Republican nominee Donald Trump.

“He’s the nominee. I’ll do whatever he wants with respect to the convention,” said Ryan to the Milwaukee Journal Sentinel when asked about the hypothetical situation.

The comments follow a week of back and forth between between the Trump campaign and his detractors, including Speaker Ryan who said that he was “not ready” to endorse the presumptive nominee.

Trump, who fired back “I am not ready to support Speaker Ryan’s agenda,” also left open the possibility of removing Ryan from his post, but did not explicitly call for it.

Sarah Palin, a Trump surrogate, has vowed to run against the Speaker of the House, endorsed Ryan’s primary opponent Paul Nehlen, and suggested that Ryan did not endorse Trump because he’s planning on running for President in 2020.

“If the GOP were to win now, that wouldn’t bode well for his chances in 2020, and that’s what he’s shooting for,” Palin said.

Ryan rebuked that claim, saying, “I would not have become speaker of the House if I had 2020 aspirations. If I really wanted to run for president, I could have run in 2012 or 2016. The speaker is not exactly a good stepping stone for president. I think people that know me know that is not my aspiration.”

Speaker Ryan also characterized the party as “disunified” and hoped to address the dysfunction face to face with the nominee.

“We have right now a disunified Republican Party. We shouldn’t sweep it under the rug without addressing it. That would be to our detriment in the fall,” he said.

“I don’t want to have a conversation with Donald Trump through the media. I want to have a straight conversation with Donald Trump on behalf of the party (and) myself, too. Let me say this, the man deserves a ton of credit for an amazing achievement, which is to bring millions of people into this party and to have a very impressive victory … At the same time we want to make sure we don’t pretend we’re unified and then go into the fall at half strength,” Ryan continued.

Speaker Ryan and Trump are reportedly meeting in Washington on Thursday, May 12, a meeting set up by Republican National Committee chairman Reince Priebus. However, Trump has commented that the meeting could further separate the party rather than unify it:

“Reince feels, and I’m okay with that, that we should meet before we go our separate ways.”

Ryan, however, was much more optimistic when talking about the upcoming meeting on Thursday.

“I just want to get to know the guy … we just don’t know each other,” said Ryan.