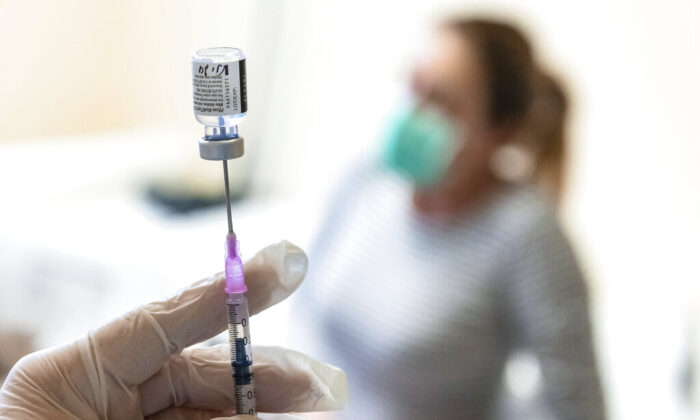 A nurse prepares a dose of a COVID-19 vaccine at the Andras Josa Teaching Hospital in Nyiregyhaza, Hungary, on Jan. 24, 2021. (Attila Balazs/MTI via AP)
Viewpoints

I was a young vaccine research scientist when SARS-CoV-1 emerged in China and spread around the world in 2003, killing 811 people. Our team jumped on the newly available SARS-CoV genomic sequence, applying the then state-of-the-art bioinformatics tools to design a vaccine against the disease. In the end, the project did not move forward as the disease eventually disappeared.

Seventeen years later, when SARS-CoV-2 emerged, I had already moved on to a new career. Like a retired baseball player watching the World Series, I could not help but call balls and strikes on what was going on.

Of course, what we have witnessed so far is quite remarkable. Brilliant scientists, using today’s even more advanced technologies, developed vaccines against COVID-19 with lightning speed. It was truly a miracle that a vaccine could be developed, manufactured, and delivered to people in less than a year after the genome sequence of the particular virus was published. This is like hitting grand slams in every inning to win Game 1.

Game over! We won! I remember the excitement when the first vaccines were rolled out in early 2021. Politicians and health experts exclaimed, “Vaccines are our only way out of this pandemic,” and “When enough people are vaccinated, we reach herd immunity. We may need a 60 percent, 70 percent, even 80 percent vaccination rate to achieve that.”

We now have a more complete picture after a year-long push for vaccination. The quickly developed vaccines did not provide the anticipated protection, even in countries with a more than 90 percent vaccination rate, such as Israel. Now we’re being told to get boosted, to get a third and even a fourth dose. Some are saying new booster shots should be given every six months, while others say different vaccines are necessary for different variants.

It’s becoming clear now that the available vaccines are not the way out of the pandemic—as they were initially touted to be—and trust in public health authorities is eroding.

In 2003, our team examined the whole genome of SARS-CoV-1 and modelled the selection of antigens from the virus against different types of anticipated human immune responses. Our vaccine candidates did not get into testing, but the designed effect was that the vaccine, once inoculated, would work with the immune system to stimulate the desired responses to generate strong and lasting protection against future SARS-CoV-1 infections.

The human body is really remarkable, a close to perfect creation with an amazingly sophisticated immune system. It consists not only of short-term defence mechanisms (such as antibody-producing B cells) that can be mounted quickly to destroy invaders, but also has long-term memory T cells and memory B cells to provide sometimes life-long immunity in case the pathogen invades again.

Unlike drugs that are prescribed to treat the sick, vaccines are for healthy people to prevent diseases from happening. Vaccines should be taken in an orderly fashion, with informed consent and without political, social, or emotional pressure, unless there is an emergency.

COVID-19 was regarded as an emergency, so the U.S. Food and Drug Administration skipped the approval process for use of the newly developed vaccines under Emergency Use Authorization. It can be said that the designs of the spike protein-based vaccines were also rushed. The COVID-19 vaccines are the only vaccines in history that were developed and distributed in the midst of a pandemic. All the other vaccines took years to be designed, tested, and approved.

Previously, when designing a vaccine, although short-term protection was welcome, long-term immune response was always the top priority. The most important immune response that a vaccine must induce is the memory T cell response.

Today, the most widely used SARS-CoV-2 vaccines are Pfizer-BioNTech’s BNT162b2, Moderna’s mRNA-1273, and Johnson & Johnson’s Janssen JNJ-78436735 vaccines. Without exception, they are all solely based on SARS-CoV-2’s spike protein, or S protein.

The spike protein is an obvious choice as it is the most exposed viral protein, ideal as a vaccine candidate. It is totally understandable that, when pressured by the Trump administration’s Operation Warp Speed, these companies designed their vaccines using the spike protein, without testing the specific immune response, especially memory T cell responses that the S protein stimulates. Necessary steps to assure the safety and efficacy of the vaccines were shortened significantly using educated guesses—instead of real data from tests—in order to get the vaccines to market in months instead of years.

It shouldn’t come as a surprise, then, that these rushed vaccines failed to behave the way they were supposed to. When reports emerged showing waning protection after six months of vaccination, it became evident that the design of the vaccines was not ideal.

The assumption that the S protein induces memory T cell response is wrong.

On Jan. 10 this year, Nature Communications published the peer-reviewed article, “Cross-reactive memory T cells associate with protection against SARS-CoV-2 infection in COVID-19 contacts.” The authors presented data showing a very “limited protective function of spike-cross-reactive T cells.” This explains why today’s three most popular vaccines all provide good protection in the short term, and only in the short term.

The S protein vaccine strategy, albeit an obvious choice, is now proven to be lacking. “S” stands for short-lived, short-term, and, unfortunately, short-sighted. The spike-protein-only vaccines were rushed.

This is not to diminish the incredible job the vaccines did in the short term to protect lives when no other effective protection was available. It would have been so much better, though, if the vaccine manufacturers had included SARS-CoV-2’s N protein (nucleocapsid), for example, as well as the S protein in their vaccine design.

It is time now for vaccine developers and public health authorities to take a deep breath, calmly evaluate the well-researched data currently available, and endeavour to provide the public with answers to the following questions:

It takes a team and different skills to win a game. Hitting grand slams in the first game is a good thing, but it would not necessarily win you the World Series. The first generation of SARS-CoV-2 vaccines has accomplished its mission. Now, the vaccination-only approach should give way to a holistic approach of managing the upcoming endemic phase of SARS-CoV-2. As we say goodbye to the pandemic, we should also bid farewell to vaccine mandates and lockdowns.

More importantly, when the next devastating infectious agent (not necessarily a coronavirus) arrives, our political and medical leaders need to be more level-headed and even-handed in their approach, and enable the populace to navigate the storm without a heavy loss of life from the disease or from missteps in crisis management policies.