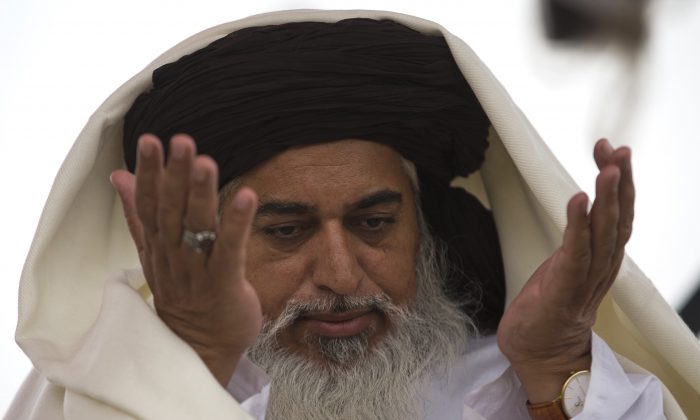 LAHORE, Pakistan—The party of a radical Islamic cleric who disrupted daily life with rallies across Pakistan following the acquittal of a Christian woman in a blasphemy case says he has been arrested by police in the city of Lahore.

In a statement, the Tehreek-e-Labbaik party said their leader, Khadim Hussain Rizvi, was arrested Nov. 23.

It also said police arrested scores of its supporters.

The arrests came weeks after Rizvi’s supporters held violent rallies against the Oct. 31 acquittal of Asia Bibi by the Supreme Court.

Bibi had been on death row since 2010 on charges of insulting Islam’s Prophet Muhammad.

It angered Rizvi and his supporters who rallied for three days.

Rizvi ended the protest after authorities said Bibi would not leave Pakistan until a petition against her acquittal was reviewed.