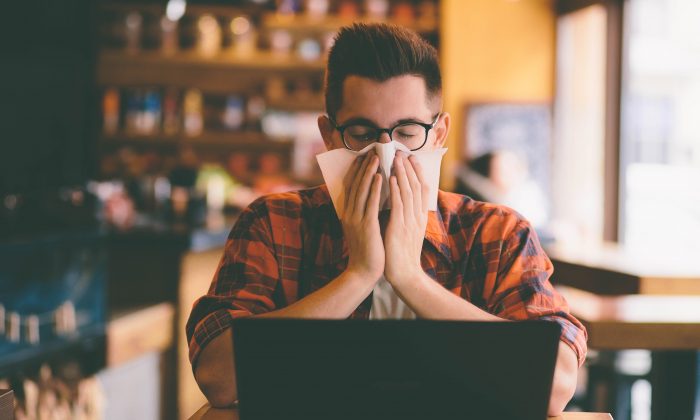 Outbreaks Hinge on Sick People Caring About Others

How individual people behave during an outbreak of the flu or other illnesses can affect the progress of the disease, but perhaps not in the way you’d suspect.

“When we studied individual behavior, empathy trumped risk aversion in disease eradication, which was counterintuitive for us,” said Ceyhun Eksin, a postdoctoral fellow in the Georgia Tech School of Biological Sciences.

Eksin and his colleagues used a networked variation of game theory, which observes the decisions of participants under different circumstances, to pit the self-interests of healthy but susceptible people against those of infected people. They found that healthy people who attempted to protect themselves couldn’t, by themselves, stop the disease from spreading. But if sick people took precautions to avoid infecting others, the illness could be eradicated.

Among the key factors was the empathy of infected people, leading to consideration for others’ well-being.

“We wanted to understand disease dynamics from an individual’s perspective,” said Eksin. “In particular, we wanted to know what role individual behavior plays in disease spread and how behavior might affect forecasting and consequences in the long run when there is an outbreak.”

Public health initiatives against seasonal diseases like influenza tend to initially focus on immunization programs, which move individuals out of the “susceptible” category. Once an outbreak begins, health campaigns focus on encouraging susceptible people to take precautions, such as hand-washing and avoiding people who are infected.

The success of those measures may depend on individual perceptions of how great the risk of infection might be, Eksin says. The more awareness individuals have of infected persons around them, the more likely they are to protect themselves.

Perception can also affect the behavior of infected individuals, who may be more likely to stay home from work or cover their cough, for instance, if they believe their presence could infect a significant number of people.

“If an infected person really wants to attend a meeting at work, it’s one thing if only one other person could be at risk,” Eskin said. “It may be a different thing if they could affect a whole office of susceptible people.”

The thoughtfulness of the infected becomes especially important toward the end of an outbreak, when the number of infected persons may be low but still enough to sustain the illness.

Foods That Fight the Common Cold

6 Easy Tips to Get Your Body Ready for Spring

When the number of sick people is low, risk perception falls, leading susceptible people to reduce their precautions—and sick people to feel less concerned about infecting others.

If those sick persons then decide to head off to work despite their illness, they may infect unsuspecting susceptible people, causing the outbreak to continue.

While the research examined the results of individual decisions during an outbreak, those individual actions were actually related to each other because individuals are part of networks of contacts.

“In a connected network, everyone’s activities can affect you in one way or another,” Eksin said. “If your sick neighbors decide to isolate themselves, then you don’t need to take any action to protect yourself against them.

“But you don’t necessarily know what your neighbors are doing, and their actions may well be affected by what others are doing. The effect can cascade.”

This article was originally published by Georgia Tech  Republished via Futurity.org under Creative Commons License 4.0.