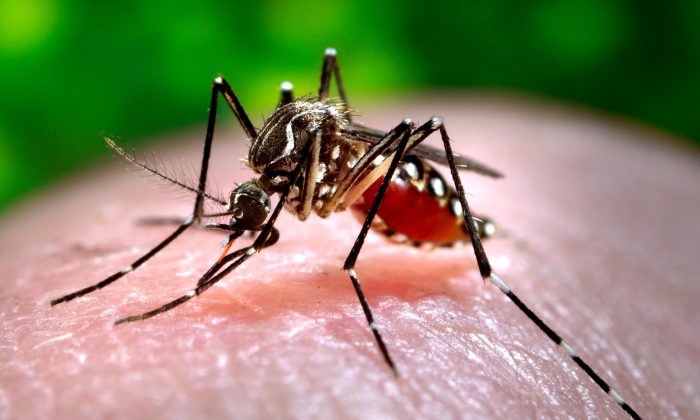 MISSION VIEJO, Calif.—Invasive, ankle-biting mosquitoes are swarming Orange County, California, and the vectors will soon fill the 500 livable square miles in the county, according to the Orange County Mosquito and Vector Control District (OCMVC).

The Mission Viejo City Council requested that the OCMVC inform residents about infestation at the Nov. 9 city council meeting after residents across the county experienced discomfort and an inability to use their properties due to the infestation.

“The unfortunate side is it’s still years away to get control of the mosquitos,” said Rick Howard, district manager of OCMVC, during the meeting.

In 2015, the city of Mission Viejo experienced the first infestation at a private residence near Mission Viejo High School. OCMVC controlled the small outbreak. However, it expanded from 5.0 square miles to 140 square miles throughout the next five years, filling up approximately 20 percent of the county.

Howard spoke about the Yellow Fever, Asian Tiger, and Australian Backyard mosquitoes—known as their genus classification—”Aedes.”

Aedes mosquitoes are approximately a quarter-inch long with black and white bands across their bodies and breed both indoors and outdoors. However, they prefer to—aggressively—bite mammals during the daytime.

Mauri-Lynne Heller, a resident of Irvine, California, said the infestation continues to inhabit her garden, and she experiences bites weekly that can swell up to two inches.

“These are not your average mosquitoes,” Heller told The Epoch Times.

One preventative measure residents can use to avoid mosquito bites is to apply two to three drops of lemon eucalyptus oil into a quarter size of non-scented lotion. Lemon eucalyptus oils are an Environmental Protection Agency registered ingredient as a natural mosquito repellent.

Controlling these specific types of Aedes comes with a set of challenges.

After spreading rapidly throughout California and occupying every city in Orange County, experts discovered they prefer smaller water sources to lay their eggs, unlike the Culex mosquitoes, which breed in more significant water sources.

Aedes has a unique survival technique allowing them to lay the eggs in dry conditions. By detecting where a water line once streamed, they lay their eggs in anticipation that water will reappear.

Once the water appears, their lifecycle begins, and the eggs are viable for up to “several years.”

Lora Young, OCMVC’s communications director, said the mosquito eggs resemble someone drawing a tiny dot on a sheet of paper from a sharpened No. 2 pencil.

She also recommended the public help reduce the infestation by scrubbing all unnecessary containers, pots, and saucers with soapy water and removing and storing them in bins.

“In the next few years, as they become established in a neighborhood, their abundance, or the number of these mosquitoes, go up as well,” she said.

The Aedes mosquitoes in Orange County do not transmit any disease, Young said. However, they are capable of carrying Zika, dengue, chikungunya, West Nile, yellow fever, and dog heartworm.

If someone travels to an active area transmitting one of the diseases, the virus can go from person to mosquito to another person, Young said.

SIT is an environmentally friendly insect pest control method. It uses a non-chemical process that sterilizes male mosquitoes who mate with wild mosquito females. The technique results in no offspring, a decline in the population, and it reduces the presence of virus-spreading mosquitoes.

“It’s tough when you think about mosquitoes,” Howard said. “They’re so small, and they have smaller eggs. So injecting a needle in those eggs and inserting the different types of sterilization makes it very difficult. But the technology is finally catching up.”