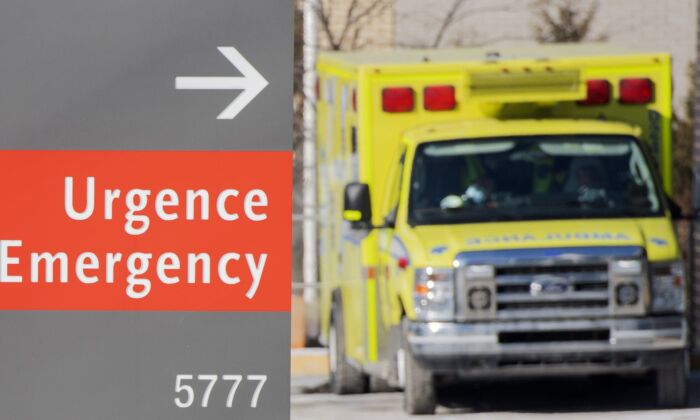 An ambulance is shown outside a hospital in Montreal, on Jan. 15, 2022. (The Canadian Press/Graham Hughes)
Canada

One Killed, Others Injured in Explosion at Company in Montreal Suburb

A 40-year-old man was killed and others were injured following an explosion at a polymer company in a Montreal suburb.

Paramedics from Urgences-santé were called at around 11:30 a.m. to the Polymer Source building in Dorval, Que.

The ambulance service says the man was declared dead at the site.

A large contingent of firefighters could be seen outside Polymer Source, which describes itself online as a supplier of high-quality, research-grade polymers.

The province’s workplace health and safety commission is investigating.