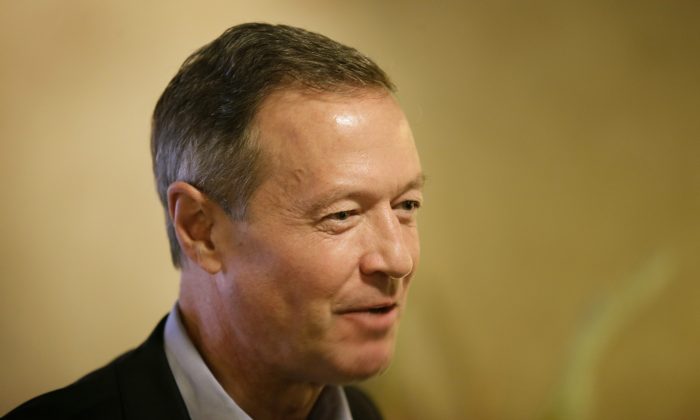 COLUMBUS, Ohio — Democratic presidential candidate Martin O’Malley failed to qualify for Ohio’s primary ballot after falling short of the signatures needed to appear before the state’s voters, a spokesman for the state’s elections chief said Thursday.

O’Malley’s campaign expressed disappointment, though it noted the candidate is on the ballot in 18 other states.

“While this news is disappointing, we are exploring all of our options, and Gov. O’Malley will campaign vigorously in Ohio,” spokeswoman Haley Morris said in an emailed statement.

O’Malley is running an underdog bid for his party’s nomination against Hillary Clinton and Bernie Sanders. Both his Democratic rivals qualified for Ohio’s primary ballot, Husted’s office said.

Clinton already has the support of some key Democratic insiders in Ohio, where she won the 2008 primary over Barack Obama.