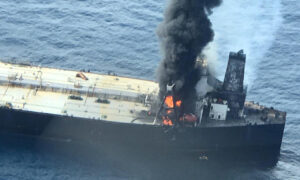 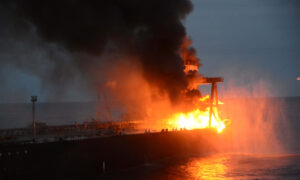 Sri Lanka Tows Supertanker Away From Coast After Fire
0 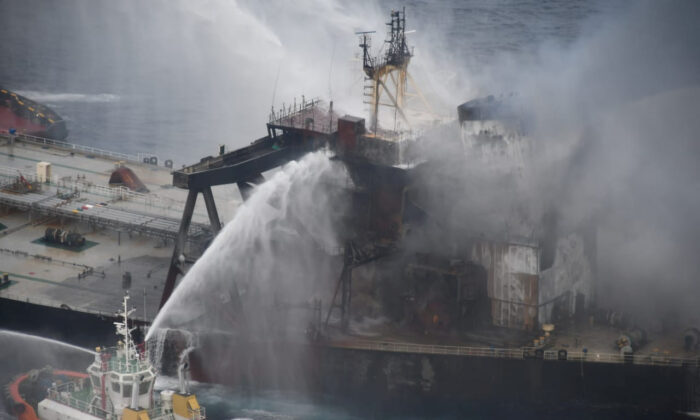 A Sri Lankan Navy boat sprays water on the New Diamond, a very large crude carrier (VLCC) chartered by Indian Oil Corp (IOC), that was carrying the equivalent of about 2 million barrels of oil, after a fire broke out off east coast of Sri Lanka, on Sept. 8, 2020. (Sri Lankan Airforce media/Handout via Reuters)
Asia & Pacific

COLOMBO—An oil slick has been spotted half a mile from a stricken supertanker loaded with crude oil off the east coast of Sri Lanka, the Sri Lankan navy said on Tuesday.

“The ship has tilted slightly towards where the fire broke out due to the large amount of water sprayed to douse the fire. Because of this, oil in the engine room appears to have leaked out to the sea,” a statement said.

The navy had earlier said it had “better control” over a new fire on the tanker.

Fire first broke out last Thursday in the engine room of the New Diamond and spread to the bridge. It appeared to have been out, but fire erupted again on Monday.