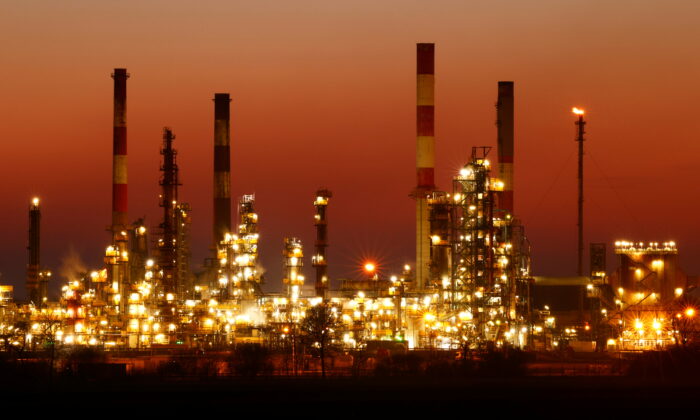 LONDON—Oil rose in volatile trade on Friday but was still heading for a weekly decline as concern over a potential recession-driven demand downturn outweighed tight global supplies.

Both benchmarks were set to register weekly declines, following on from the first monthly decline since November. Prices had tumbled on Tuesday, when Brent’s $10.73 drop was the contract’s third-biggest fall since it started trading in 1988.

“With more rate hikes to come and the U.S. likely in a technical recession, top-side market ambitions could be quite limited,” Stephen Innes, managing director at SPI Asset Management, told Reuters.

In focus on Friday will be the latest U.S. jobs data, which is expected to show that non-farm payrolls increased by 268,000 in June.

However, oil prices have soared over the first half of the year. Brent crude came close to the record high of $147 after Russia launched its invasion of Ukraine in February, adding to supply concerns that some analysts expect to worsen.

“Economic worries may have roiled oil prices this week, but the market is still flashing bullish signals. This is because supply tightness is more likely to intensify from this point than to ease,” said Stephen Brennock of oil broker PVM.

Western bans on Russian oil exports have kept prices supported and sparked a re-routing of flows while the Organization of the Petroleum Exporting Countries (OPEC) and its allies are struggling to deliver on pledged production increases.