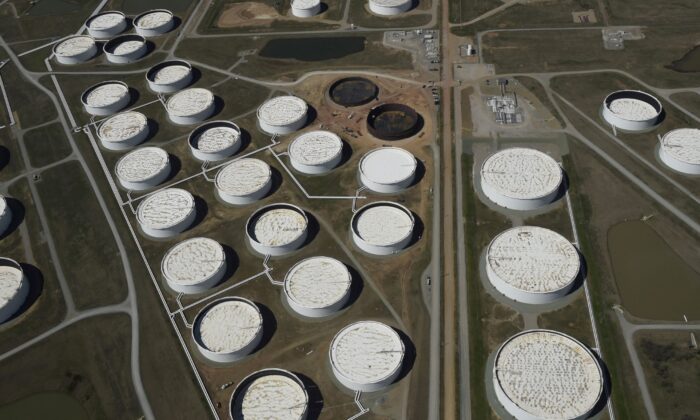 LONDON—Oil prices extended losses on Friday and were heading for a weekly fall as the prospect of increased Iranian oil exports eclipsed fears of potential supply disruption resulting from the Russia-Ukraine crisis.

Fears over possible supply disruptions resulting from the Russian military presence at Ukraine’s borders have capped losses this week.

“For all the talk of war and conflict, market players remain unconvinced. This is perhaps why the geopolitical risk premium is starting to wane,” said Stephen Brennock at brokerage PVM Oil.

Both benchmark contracts hit their highest levels since September 2014 on Monday, but the prospect of an easing of oil sanctions against Iran has set prices on course for their first weekly fall in nine weeks.

However, a deal taking shape to revive Iran’s 2015 nuclear agreement with world powers lays out phases of mutual steps to bring both sides back into full compliance, and the first does not include waivers on oil sanctions, diplomats say.

Consequently, there is little chance of Iranian crude returning to the market in the immediate future to ease current supply tightness, analysts said.

“Stocks are therefore likely to remain considerably below the long-term average for quite some time yet,” said Commerzbank analyst Carsten Fritsch, adding that this could widen already record-high futures spreads.

Tight oil supplies pushed the six-month market structure for Brent crude to its widest backwardation on record on Wednesday.

Backwardation exists when contracts for near-term delivery are priced higher than those for later months and is reflective of near-term demand that encourages traders to release oil from storage to sell it promptly.