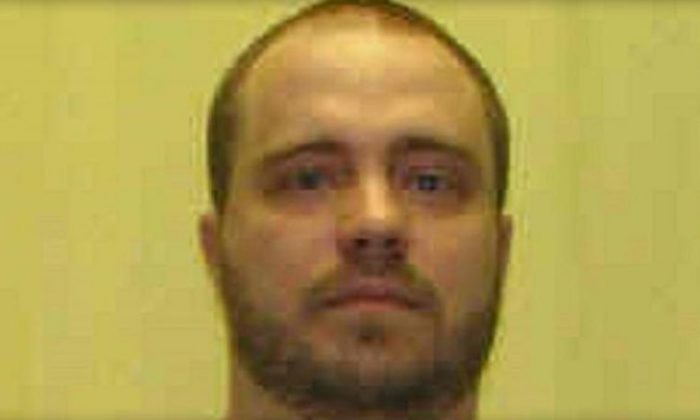 Gary Otte (OHIO DEPARTMENT OF REHABILITATION AND CORRECTION)
US

Ohio put to death a double murderer on Wednesday, its second execution in 2017 after a three-year hiatus because of legal challenges and difficulties obtaining lethal injection drugs.

Gary Otte, 45, found guilty of shooting both a man and a woman in the head at a suburban Cleveland apartment complex in 1992, died at 10:54 a.m. local time by lethal injection at a prison in Lucasville, Ohio, prison officials said.

Otte was convicted of shooting Robert Wasikowski, 61, on Feb. 12, 1992, and Sharon Kostura, 45, the following day. Otte stole $413 from Wasikowski and $45, a car and a checkbook from Kostura, according to court documents.

Before the drugs were administered, Otte told members of his family that he loved them and apologized to relatives of his victims who were present at the execution, the Cleveland Plain Dealer reported.

He then sang a gospel hymn and quoted a Bible verse, the newspaper said. He breathed heavily for several minutes while strapped to a gurney before he stopped moving.

Ohio halted executions in 2015 due to the difficulty in obtaining lethal injection drugs. The following year, the state said it would restart executions using a new three-drug protocol.

Otte also lost an appeal challenging the use of midazolam as a sedative in that protocol. Several U.S. states including Oklahoma and Arizona have used midazolam in executions in which witnesses said inmates appeared to twist in pain on gurneys during the process.

A U.S. appeals court in June lifted a preliminary injunction, clearing the way to resume executions. In July, Ohio put to death Ronald Phillips, 43, who was convicted of raping and killing a 3-year-old child.

Ohio planned to use midazolam followed by rocuronium bromide to halt Otte’s breathing and potassium chloride to cause cardiac arrest.

Twenty-five more inmates are slated for execution in Ohio through 2022.

Gary Otte was 20 years old when he fatally shot two residents in at a suburban Cleveland apartment complex in 1992, and his lawyers argued on Tuesday it would be cruel and unusual punishment to execute someone who was that young at the time.

The now 45-year-old inmate’s appeal to the Ohio Supreme Court to halt his Wednesday execution at a Lucasville, Ohio, prison cites an August decision by a Kentucky circuit court that ruled as unconstitutional executing inmates younger than 21 at the time of their crimes.

The appeal argues his execution would violate “the Eighth Amendment’s evolving standards of decency based on his status as an adolescent at the time of his offenses.”

The U.S. Supreme Court previously outlawed executions for those under 18 at the time of their crimes. On Tuesday, that court denied a separate petition for a stay of execution filed on behalf of Otte.

If Otte’s appeals fail, the execution would be Ohio’s second in 2017 following a three-year hiatus because of difficulties obtaining the lethal injection drugs used and legal challenges to that mix.

Ohio officials have relied on a new three-drug protocol to restart executions.

Otte was among those challenging the use of midazolam as a sedative in that mix. Several U.S. states have used midazolam in executions, including Oklahoma and Arizona, where witnesses said inmates during past executions appeared to twist in pain on death-row gurneys.

A U.S. appeals court in June lifted a preliminary injunction, clearing the way to resume executions. After Otte, 25 people are slated for execution in Ohio through 2022.

Otte was found guilty of murder after he shot 61-year-old Robert Wasikowski in the head from less than 2 feet away and stole $413, according to court documents.

The next day, Otto returned to the same apartment complex and fatally shot 45-year-old Sharon Kostura in the head before stealing $45, her car keys and a checkbook, documents showed.

Otte wrote a letter, published on Friday by website Splinter, in which he blamed an addiction to crack cocaine.

“I just want it over with,” Rhonda Rogers, Kostura’s niece, told the Cleveland Plain Dealer on Tuesday. “I’m not taking pleasure in somebody’s impending death. He murdered two people and now he’s going to pay for it.”