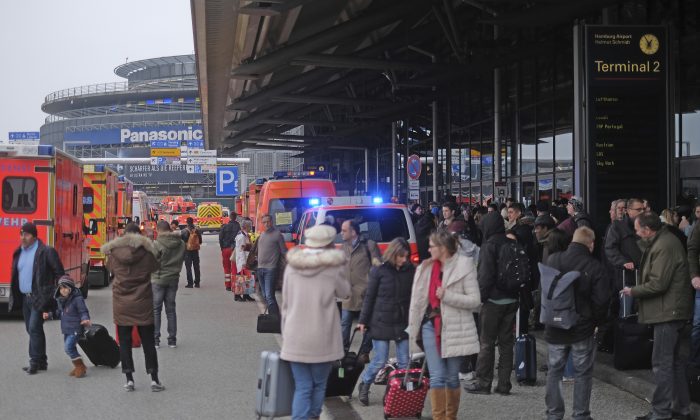 BERLIN—Hundreds of passengers at Hamburg Airport were evacuated and more than a dozen flights canceled after some 68 people were injured by a hazardous material that likely spread through the airport’s air conditioning system.

The airport said in a statement that police and firefighters had concluded from their initial investigation the substance most likely was pepper spray. Authorities still are working to determine how it got into the airport’s air conditioning system, the statement said.

All outgoing and inbound flights were halted for about one hour due to the evacuation and unknown health hazard; 14 flights were canceled altogether and several planes also were diverted. Air traffic delays continued throughout the afternoon.

Evacuees who were uninjured had to wait outside in freezing temperatures.