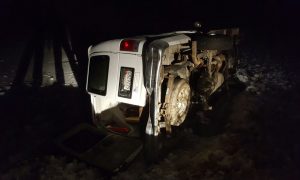 Bundy Militia Member Cited in Hines, Oregon for Driving Without License After Accident
0 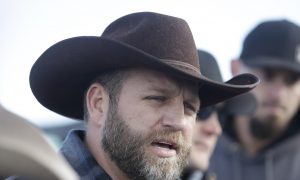 Ammon Bundy and Members of Oregon Protest Arrested After Confrontation With FBI: Reports
0 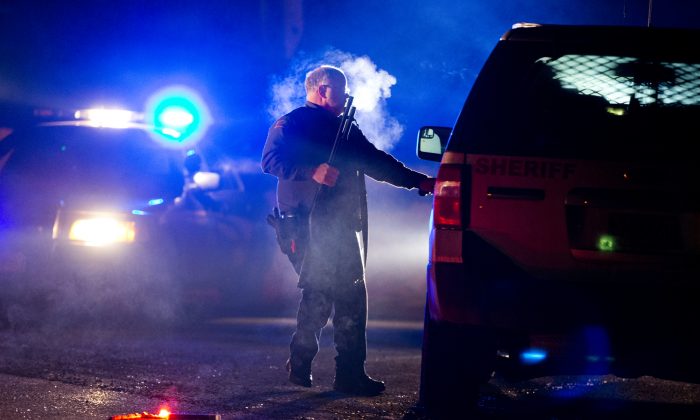 Official: Oregon Militia Leader Reached for His Gun Before Police Killed Him

Amid claims that LaVoy Finicum, the Oregon militia leader who was killed by police, had his hands in the air when shot, federal officials have told their side of the story.

A law enforcement official, who declined to be named, told CNN that Finicum reached for his gun, prompting the SWAT team to fire on him.

Finicum died while another militia member, Ryan Bundy, was shot but survived.

The official said the FBI and Oregon State Police has been monitoring the militia since near the start of the occupation of the Malheur National Wildlife Refuge in Burns.

They watched as members of the group came and went freely, but planned to take down the leaders at some point.

The shooting was captured on camera by the SWAT team.

An opportunity emerged when Ammon and Ryan Bundy, Finicum, and the other leaders of the group traveled together on Tuesday night to attend a nearby meeting.

The FBI and state police knew the route the group would take, and chose a spot away from populated areas to attempt a traffic stop.

One vehicle stopped, but the second, allegedly driven by Finicum, took off at high speed.

But a mile away, the FBI and state police had set up a roadblock.

Finicum attempted to leave the main road and go around the roadblock but drove into a snow bank.

“When he emerged from the vehicle, FBI and state police ordered him to surrender. That’s when, authorities say, Finicum reached down toward his waistband where he had a gun. The SWAT team opened fire. Finicum was killed. Ryan Bundy suffered a light wound on his arm,” reported CNN, citing the unnamed official.

“The shooting was captured on camera by the SWAT team. FBI and Oregon police officials are discussing possibly releasing the video, in part to counter claims by supporters that Finicum was gunned down while trying to surrender.”

The other militia members were arrested.

Ammon Bundy through his lawyer on Thursday urged the members who are still at the refuge to go home.