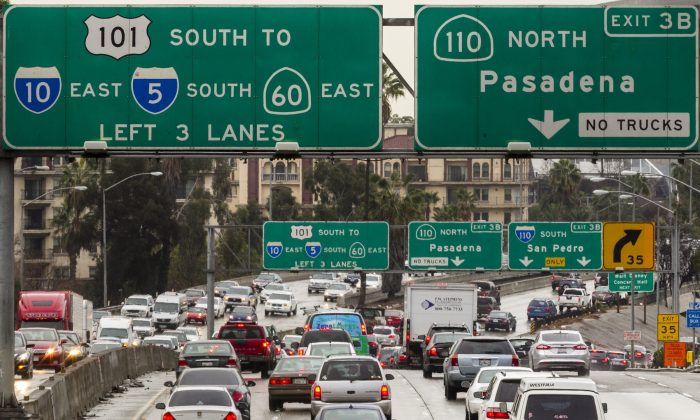 LOS ANGELES—California Highway Patrol officers shot and wounded a man walking on a key downtown Los Angeles highway after he charged at them with a weapon early Tuesday, authorities said.

All northbound lanes of Interstate 110 were closed for about nine hours following the shooting, backing up traffic for miles.

The man was uncooperative and did not comply with officers’ orders, she said.

“He armed himself with a weapon and charged at officers” who responded by opening fire, Aguilar said.

She did not say what kind of weapon the man was carrying.

The man was hit by gunfire and hospitalized in critical condition.

He was not immediately identified and Aguilar did not say how many times he was hit.

The north side of I-110 was closed until about 9 a.m. during the investigation.

Some highway access roads to Interstate 10 were also closed while police investigated.