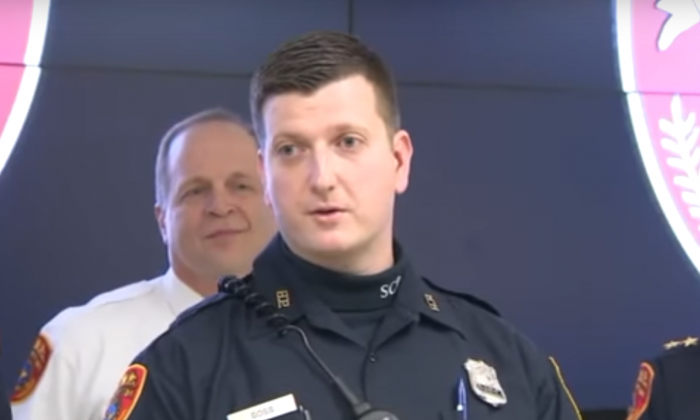 MANORVILLE, N.Y.—A Long Island police officer says he dove through an open window of a slow-moving car with a toddler in the back seat when an impaired driver said she couldn’t pull over.

Goss says he saw a 22-month-old girl in a safety seat and suspected the driver was high. He says he drove ahead, parked, jumped through a passenger-side window and forced the car to park.

No one was hurt.

Maria Lagatta, of Farmingville, faces charges including driving while ability impaired by drugs and aggravated driving while intoxicated with a child passenger 15 years or younger.

Her attorney couldn’t immediately be reached.