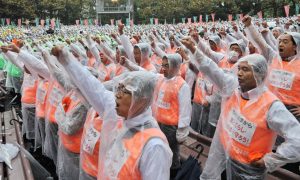 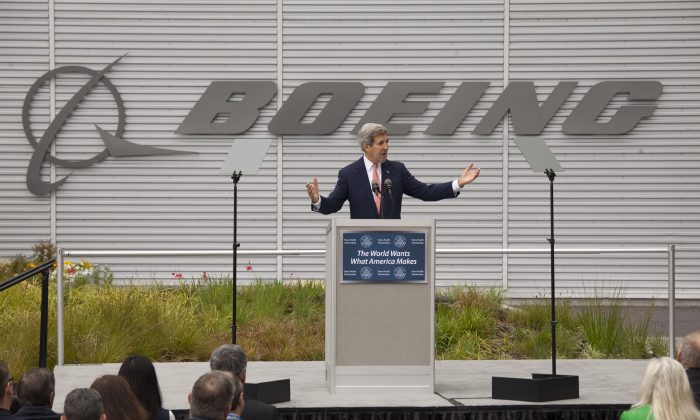 Congress should impose tough conditions on President Obama’s request for authority to negotiate a free-trade agreement with Pacific nations.

Trade agreements eliminate tariffs and reduce other administrative barriers to commerce, such as restrictions on the operation of U.S. information technology for companies abroad, and protection of U.S. patents and copyrights. Those agreements should boost U.S. exports and offer consumers a wider range of less expensive imported goods.

Free trade should raise U.S. wages and incomes by moving workers from lower paying jobs, such as assembling computers, to higher paying positions, such as designing new devices and software. It doesn’t always work out that way, however.

The president implemented a free-trade pact with South Korea in March 2012, promising big job gains. Bilateral imports are up $15.5 billion, while exports increased only $3 billion, at a cost of at least 100,000 U.S. jobs.

When imports grow more than exports, economists expect the value of the dollar to fall against foreign currencies. That would raise prices for foreign goods in U.S. stores and lower prices for U.S. products sold abroad to rebalance trade and create good-paying jobs. Frustrating these market adjustments, principal U.S. competitors—China, Japan, Germany, and South Korea—pursue monetary and exchange rate policies explicitly intended to keep their currencies cheap against the dollar and to give an advantage to their domestic industries.

Also, governments target industries such as automaking, aircraft, and information technology, and compel U.S. companies to establish factories and research-and-development centers in their countries in order to be allowed to sell in their markets. Those facilities often export back into the United States, killing even more U.S. jobs.

Currency manipulation is illegal under World Trade Organization rules, but both Presidents George W. Bush and Barack Obama have ignored pleas from industry to bring complaints in the WTO.

Similarly, trade-enforcement laws permit the Commerce Department and U.S. International Trade Commission to impose tariffs on subsidized imports that destroy jobs, but those have been weakened in recent years. Many Asian exporters evade those laws by shipping products through intermediate countries and altering customs classifications.

Republicans and Democrats in Congress have proposed fixes to trade-enforcement laws that the White House should support as part of legislation implementing any new trade deal.

Modern trade agreements alter domestic regulations for product standards, the environment, and the like.

Modern trade agreements reach deeply into the treatment of foreign goods and services by altering domestic regulations for product standards, the environment, and the like. Foreign leaders won’t negotiate on those issues if Congress can alter U.S. commitments during the ratification process. Hence, Congress has granted presidents since Gerald Ford Trade Promotion Authority, which binds the House and Senate to put trade deals to a simple up or down vote.

Obama wants TPA to negotiate a Trans-Pacific Partnership, which would liberalize trade with 11 Pacific nations. However, the bill recently hammered out between Republicans led by Senate Finance Committee Chairman Hatch and some Democrats does require the president to seek a discipline on currency manipulation in the TPP, and relegates strengthening U.S. trade-enforcement laws to parallel legislation, which may not become law even if Congress grants the president TPA.

Presidents Reagan and Clinton were forceful advocates of U.S. worker interests in international trade, and from 1980 to 2000, the economy grew 3.4 percent per year on average and family incomes rose $9,900 per year.

The same cannot be said about either the recent Bush or Obama administrations. Since 2000, U.S. gross-domestic-product growth has averaged a mere 1.8 percent and average family incomes are down about $4,600.

A Trans-Pacific Partnership offers great economic potential and would importantly reinforce U.S. security ties with Asian nations, but it makes sense only with enforceable disciplines on currency manipulation and unfairly subsidized foreign goods.

Congress should require the president to agree to those in exchange for approving Trade Promotion Authority to finalize the Trans-Pacific Partnership trade pact.