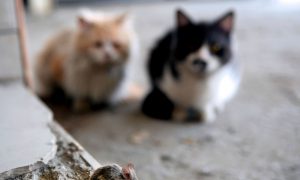 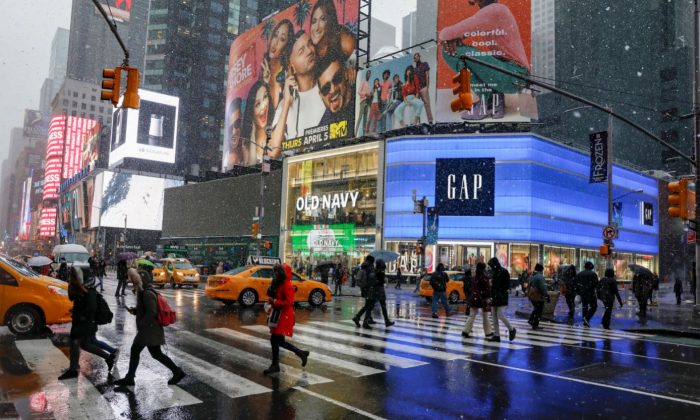 People walk through the snow during a winter nor'easter storm in Times Square in New York City, U.S., Mar. 21, 2018.
Crime and Incidents

NYC’s 2018 Homicide Tally May Be Lowest in Several Decades

NEW YORK—New York City may register the fewest homicides in several decades in 2018, as the city continues its long battle against violent crime.

As of Dec. 30, the city had recorded five fewer killings than the 292 investigated in 2017, according to preliminary police data provided to The Associated Press. That figure was itself the lowest in decades.

The New York Police Department said it also had seen a modest decline in shooting incidents in 2018 and an 8 percent drop in robberies. Figures for other categories of crime were not immediately available.

In the past two years, the city’s homicide rate has plunged to levels that were unthinkable a generation ago, when New York became known as the murder capital of the country and recorded an eye-popping 2,245 homicides in 1990.

“Not all that long ago, people had given up on New York City,” said David Kennedy, a professor at John Jay College of Criminal Justice who has worked with police departments around the country to reduce killings. “Now, it’s the safest big city in the world—and that is not an accident. It’s the result of decades of steady, meaningful attention to community public safety.”

The city has recorded fewer homicides in 2018 than Philadelphia, a city with a fraction of New York’s population, where police had investigated 351 killings through Dec. 30.

This year’s data included the lowest number of homicides in Brooklyn since record-keeping began. District Attorney Eric Gonzalez said last week that trend has coincided with efforts by local authorities to reduce incarceration and to increase diversion for nonviolent offenders.

Prosecutors in Brooklyn said the most significant declines were seen in Coney Island, where not a single killing occurred in 2018, compared to eight slayings in 2017. The tally also plummeted in the 75th Precinct, in East New York, an area once considered among the nation’s most violent places.

“Our city is on track to yet again be the safest big city in America, thanks to the work our NYPD officers and community leaders are doing block by block across our five boroughs,” Mayor Bill de Blasio said in a statement to the AP. “Neighborhood policing in New York City has defied the naysayers to become the model for 21st-century American law enforcement.”

Criminal justice experts attributed the city’s progress to several factors, including its massive police force of 36,000 officers, and a practice known as precision policing, in which the authorities focus resources on the most likely offenders.

“The conventional wisdom was that you couldn’t do anything about crime except maybe reduce it for a while in some areas,” said Tom Repetto, the author of several books on policing in New York. “That has been disproved, and it’s amazing that the rate is so low in a city of this size and composition.”

Richard Aborn, president of the Citizens Crime Commission of New York City, credited the NYPD’s “unrelenting” focus on removing illegal guns from the streets, including the prosecution of some weapons charges in federal court. He also pointed to neighborhood policing efforts and re-entry initiatives aimed at rehabilitating prisoners returning to the community.

“I think the broader story is that the city has understood that the fight against violent crime doesn’t reside solely with the police,” Aborn said. “It’s not because the air is better in New York. It’s because of things the city has done, and it’s making a huge difference.”

By Jim Mustian. From the Associated Press.