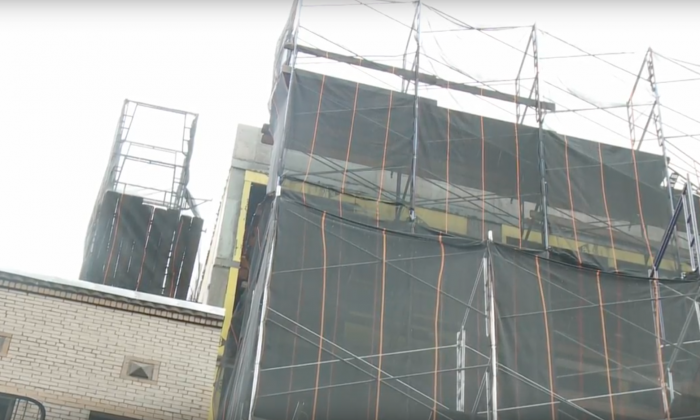 The work site in Manhattan, New York, where a construction worker fell to his death on Jan. 23, 2018. (NTD)
Crime and Incidents

An elevator repairman in New York City fell to his death on Tuesday, Jan. 23, after slipping down an elevator shaft.

The man, who has not yet been named, was repairing an elevator in Kips Bay, Manhattan just after 9 a.m. when it happened.

He was installing an elevator car on the ninth floor of a 12-floor hotel when he slipped and fell without any fall-protection safety line, ABC7 reports.

The 33-year-old worker, who was employed by U-Tek Elevator, Inc., was pronounced dead at the scene.

Both the New York Department of Buildings and the NYPD are investigating his death.