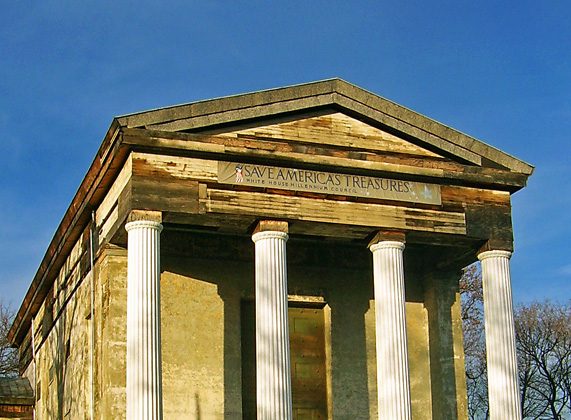 ALBANY, N.Y.—The upstate homes of black families who migrated north decades ago, a New York City library designed by a renowned Gilded Age architect and a rail corridor in the Adirondacks were added March 2 to a New York preservation’s list of historic places to save.

An abandoned Buffalo factory, a 180-year-old church in Newburgh, Schenectady’s Stockade District and the Dennis-Newton House in Ithaca also made the Preservation League of New York State’s “Seven to Save” designees for 2016-17.

Such a designation from the group provides “invaluable” assistance and boosts public awareness for endangered properties across the state, said Jay DiLorenzo, president of the Albany-based organization.

The list includes 22 shotgun-style houses in the Rapp Road Historic District on Albany’s western outskirts, where blacks who were part of the Great Migration began settling during World War II. Several of the homes built between 1942 and 1963 are vacant and deteriorating, the Preservation League said.

Beverly Bardequez, president of the Rapp Road Historical Association, said the designation by the Preservation League gives her group the exposure it needs to receive grants to help preserve about 10 homes that have been abandoned.

“We’re determined to hold on to what remains of our community,” said Bardequez, a Rapp Road resident whose grandparents were among the neighborhood’s original settlers.

Also on the list is the Gould Memorial Library in the Bronx, designed by Stanford White, one of the nation’s top architects in the late 19th and early 20th centuries. The 116-year-old state-owned structure is mostly empty and in need of repairs, preservationists said.

The Adirondack Scenic Railroad in Essex and Franklin counties has been the subject of debate over a recently state-approved plan to remove 34 miles of track between Lake Placid and Tupper Lake so the route can be converted to a multi-use trail for hikers, bicyclists, snowmobilers and skiers.

-The former Wildroot Co. factory on Buffalo’s eastside. The abandoned site has been deteriorating for years, but local preservationists hope to find another use for the property.

-Dutch Reformed Church, built in 1835 in Newburgh. Preservationists in the Hudson River city want to stabilize the crumbling structure, a local landmark considered one of the finest examples of Greek Revival architecture.

-Stockade Historic District. Home to flood-prone structures dating back to the early 18th century, when Dutch settlers built their homes along the Mohawk River.

-Dennis-Newtown House. Built around 1868 for Norman Dennis, an early black resident of Ithaca, and later owned by his son-in-law, Edward Newton, who worked for a Cornell University fraternity. The home became a gathering place for black Cornell students who went on to found the nation’s first African-American college fraternity, Alpha Phi Alpha.