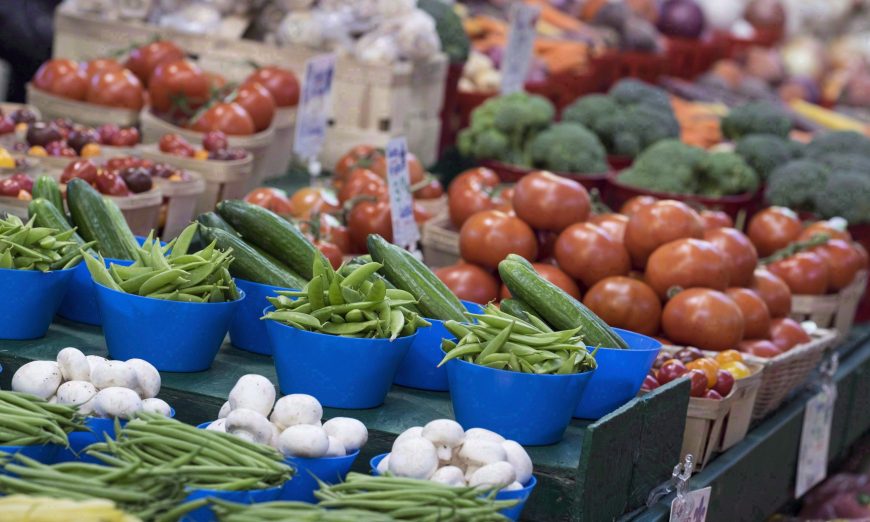 The new Canada’s Food Guide will be released this spring and nutrition experts hope it will help stem an obesity crisis plaguing the country, among other food-related illnesses. (The Canadian Press/Paul Chiasson)

As Health Canada signals a more science-based approach to food policy, including a complete revamping of Canada’s Food Guide, nutrition experts are cautiously optimistic it will help curb the rise in obesity and other diet-related illnesses plaguing a growing number of Canadians.

For the last 50 years the food guide has focused on a high-carbohydrate, low-fat diet—a diet that is increasingly being blamed for diseases such as obesity and diabetes.

The current food guide was released more than a decade ago in 2007 and has been criticized by medical and nutrition experts as being outdated and too heavily influenced by industry-funded research and fierce lobbying.

The new food guide, to be released this spring, will have an emphasis on transparency and there will be no direct consultation with industry this time around.

“I have to admit the proposed changes are quite important,” said Jean-Claude Moubarac, an associate professor in nutrition at the University of Montreal. “There’s some positive and maybe some negatives aspects, but we are years—light years—ahead of the previous one.”

Health Canada has taken nearly the last three years to carefully look at all the evidence, including taking a more democratic approach, with almost 20,000 Canadians, from culinary experts to food bank staff, taking part in public consultations.

Among some of the changes hinted at in the “guiding principles” released last year was a departure from emphasizing animal proteins and dairy and more of a focus on plant-based proteins and vegetables. Another change includes an educational approach to help people avoid unhealthy and processed foods and cook more home-made meals, as well as alternative diets such as vegetarian, vegan, and cultural-specific diets.

As far as Moubarac is concerned, most notable is the fact Health Canada is now willing to include guidelines on what foods to avoid, something he said goes against industry and economic interest.

Moubarac released a study at the end of last year, commissioned by the Heart and Stroke Foundation, that found that nearly half of the calories consumed by Canadians are from ultra-processed foods such as microwave dinners and frozen pizzas.

The study found that the over-consumption of processed foods has led to a national health crisis where 25 percent of Canadians are obese and the cost on the health-care system is a soaring $26 billion for diet-related illnesses such as diabetes, heart disease, and hypertension.

“There are now 2 billion people in the world that are obese, which is more people now being affected by over-consumption than those people affected by malnutrition, and that’s quite an important shift,” Moubarac said.

Canada’s Food Guide is the second-most-requested document by the public and an important tool for teachers, family doctors, and nutritionists to help educate Canadians on how to choose healthy foods.

Even though Health Canada will also be introducing front-of-package warning labels for foods high in sugar, sodium, and fats, Moubarac believes these new regulations should be released sooner than the projected 2022 date and should coincide with the new food guide, so that consumers can make more informed choices.

“Health Canada will tell you that they want to give industry players time to adapt and we want to avoid hurting industry too much, but I claim there’s no problem introducing new labelling within a year.”

But leading food policy expert Sylvain Charlebois at Dalhousie University said the 2022 date for new warning labels is reasonable as it will be a costly and time-consuming endeavour for industry to adapt to the changes.

“If you see two products on the store shelf and one has no labels and the other does, most people will more often choose the product with no labels—it’s going to be a death sentence sales-wise,” Charlebois said.

“To actually do the proper research and come up with the right products (with reduced sodium, fat, and sugars) takes time and takes money, so 2022 actually makes sense to me.”

A food policy issue both experts agree on is the new legislation banning the advertising of unhealthy foods to children. The Child Health Protection Act is now in its second reading in the House of Commons and is set to be passed this year.

“Certainly, more and more companies are abandoning their marketing-to-kids strategies. Just look at McDonald’s—they hardly use their clown in advertising and have almost come to a halt in distributing toys,” said Charlebois.

Charlebois added that when it comes to revamping Canada’s Food Guide, while it is important to put consumers first it’s not necessary to leave industry out entirely.

The dairy industry, for example, is a huge part of the agriculture economy employing 220,000 workers across the country, and if fewer milk products are sold as a result of the food guide, industry will have to look to international markets to fill the gap, he said.

Health Canada maintains it is imperative that the new food guide is without any perceived or real conflict of interest and is using the best of peer-reviewed research from leading scientific organizations, but it won’t be shutting out industry entirely.

“While the officials revising the Food Guide are not meeting with industry, the Department has not closed its doors to industry’s views. Health Canada held two online consultations that were open to Canadians and all interested stakeholders, including industry associations,” Health Canada wrote in an email.