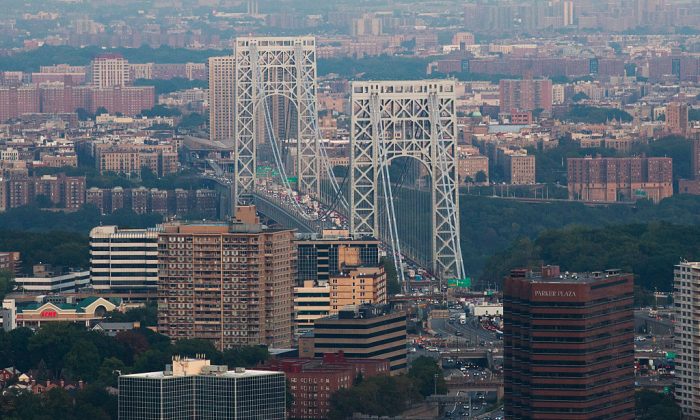 A cluster of Legionnaires’ disease in New York City has expanded in the last few days with eight new cases.

On Wednesday, the city’s Health Department reported that eight cases had been found in Manhattan’s lower Washington Heights neighborhood in the last week. The department announced three more cases on Thursday, and another three cases on Friday. Now the count is up to 16.

There are usually over 200 cases of the disease reported in the city each year, but health officials become concerned when they see a concentration of the disease.

The Health Department has put out a warning to residents saying that anyone experiencing flu-like symptoms including fever, cough, chills, and difficulty breathing, should seek treatment immediately.

The disease, a type of pneumonia, is contracted when people breathe in water vapor that has the bacteria Legionella, which grows in warm water in spaces like hot tubs, humidifiers, hot water tanks, and cooling towers.

“Legionnaires’ disease is generally associated with bacteria found in active cooling towers,” the city’s Health Department said in its warning to residents. “All cooling towers in the area have been inspected and sampled, and building managers have been ordered to disinfect any with positive results.”

So far, they have not found the source of the outbreak.

The victims are between 40 to 80 years old, the Health Department says. It warns that those above 50 and those who have a compromised immune system are most susceptible.

“While most people exposed to Legionella don’t get sick, individuals ages 50 and above, especially those who smoke and have chronic lung conditions, are at a higher risk,” said city Health Commissioner Mary Bassett in a statement. “This disease is very treatable with antibiotics. I encourage anyone with symptoms of Legionnaires’ disease to seek care early.”

After a deadly outbreak of Legionnaires’ in the Bronx that killed 12 people in 2015, the city made regulations on cooling tower maintenance and announced it would triple its staff of inspectors by 2017 to ensure compliance. It also required owners to register cooling towers with the city, and said in June 2016 that 5,500 had been registered.

As of Wednesday, all but one of the eight had been hospitalized. So far, no one has died.