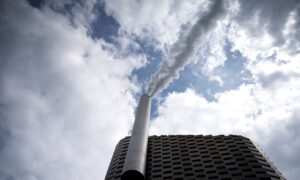 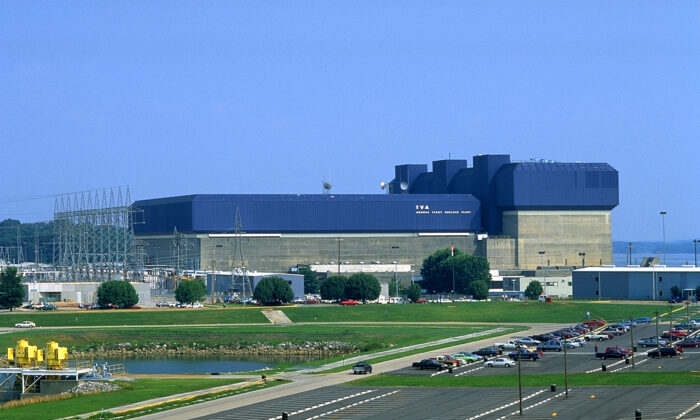 For the first time ever, 3D-printed safety components have been installed in a commercial nuclear reactor, marking the latest advancement in 3D printing, also known as additive manufacturing, for nuclear power.

The components were brackets for a fuel assembly. The fuel assembly is a bundle of rods full of fissionable material that powers nuclear reactors.

The brackets were produced by scientists at the Oak Ridge National Laboratory (ORNL) in Oak Ridge, Tennessee. ORNL worked with the French nuclear fuel supplier Framatome, which produced the boiling water reactor fuel assembly for which the brackets were designed.

The Tennessee Valley Authority then installed the 3D-printed brackets at its Browns Ferry Nuclear Plant in Athens, Alabama.

“Additive manufacturing is a unique and impactful way to manufacture parts, offering significant long-term benefits for the nuclear energy industry and our customers,” John Strumpell, manager of North America Fuel R&D at Framatome, told The Epoch Times in an email. “It allows us to design, manufacture, and certify high precision parts faster and at a lower cost compared to traditional manufacturing methods while maintaining plant safety and reliability far into the future.”

In 3D printing, an object is created by adding layers of a material (thus the process is also called additive manufacturing) according to a computer-created design.

The new brackets come on the heels of other recent achievements in applying 3D printing to nuclear power.

ORNL’s work on additive manufacturing comes as part of its Transformational Challenge Reactor (TCR) program. The TCR program’s research has included work on a novel microreactor with a 3D-printed core.

Jacopo Buongiorno, a professor of nuclear science and engineering at the Massachusetts Institute of Technology, explained why 3D printing might be especially suited to nuclear power plants.

“Since the average age of the U.S. nuclear plants is high, procuring certain parts can be challenging, as some original suppliers are not around anymore,” Buongiorno wrote in an email to The Epoch Times. “3D printing helps to reproduce original equipment ‘in-house’ with high quality.

“3D printing a part might be cheaper than machining a part, again depending on design complexity.”

Although nuclear power is popularly associated with accidents at Chernobyl, Fukushima, and Three Mile Island, some climate-change activists have conceded that nuclear power would be indispensable to any transition from coal, oil, or natural gas.

Writing in Reason, John Stossel has pointed out that nuclear power has a better safety record than fossil fuels.

Strumpell echoed this view, saying, “The safety record of the nuclear energy industry is unmatched by any other energy source or industry.”

Asked whether 3D-printed components could create safety concerns, he noted that those parts were subject to the nuclear industry’s stringent regulations.

He noted that 97 percent of used nuclear fuel can now be recycled to serve as fuel in other reactors. While that recycling is happening in Europe, the United States currently doesn’t recycle nuclear fuel.

“As a reliable and carbon-free source of electricity that is available 24 hours a day, seven days a week, the nuclear energy industry has an important role in powering the clean energy future,” Strumpell said. “Innovations, including additive manufacturing, can help advance reactor technologies more efficiently and reliably, helping to achieve decarbonization much faster.”

Countries including France have already reduced their use of fossil fuels through the switch to nuclear energy. As of 2018, nuclear energy powered 70 percent of electricity in France, according to the World Nuclear Association (WNA). Today, the country is a net energy exporter, though it still relies on fossil fuel imports to meet domestic demand.

France’s neighbor Germany has been rapidly phasing out nuclear power, partly in reaction to the Fukushima accident. Nuclear energy accounted for just 12 percent of the energy generated in the country, down from 25 percent in past decades.

As Germany has increased its use of solar, wind, and other renewables, it has also increased its reliance on coal and other energy imported from abroad. As of 2019, 71 percent of its energy supply was imported, according to the U.S. Energy Information Administration.

Germany also has some of the costliest electricity in Europe, with household consumers paying more than .3 Euros per kilowatt hour on average during the second half of 2020, according to Eurostat. French households paid roughly two-thirds that much.

Germany isn’t alone in moving away from nuclear power. Support for it has faltered across the West, due in part to the push for renewables.

The Byron plant in which Westinghouse installed its groundbreaking 3D-printed component is scheduled for closure in September. France has started to shut down nuclear plants as well, with the aim of reducing the amount of power it derives from that source to 50 percent by 2035.

For his part, Strumpell sees nuclear power and renewables as complementary rather than conflicting.

“Nuclear energy is a stable, baseload power source, making it an ideal solution to support renewable energy and storage technologies,” he said.