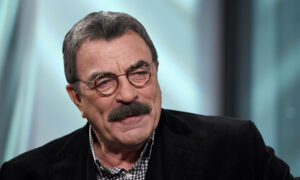 Tom Selleck Turns 75, So Here Are 10 Awesome Facts About the Legendary Actor on His Birthday
0 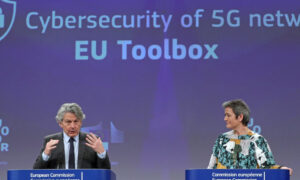 EU Allows Members to Decide on Huawei's 5G Role, Against US Recommendation
0 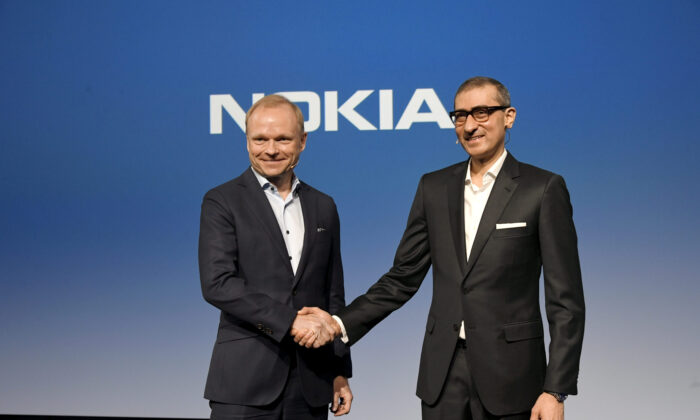 Lundmark, who will succeed Rajeev Suri as Nokia chief executive in September, will team up with Sari Baldauf, the incoming chairman, in a move that reunites two figures from the era when the Finnish company dominated the mobile handsets business.

Baldauf and Lundmark have also worked closely in recent years, as Baldauf chaired Fortum’s board between 2011 and 2018.

The leadership change at Nokia comes as uncertainty mounts over the future of Europe’s telecoms vendors, with speculation surfacing last week that the group could be set for a tie-up with more profitable Swedish peer Ericsson.

China’s Huawei Technologies dominates the European market for telecommunications gear but the United States wants a global ban on Huawei from 5G networks on fears that its equipment could be used for spying, allegations the group has strongly rejected.

In a highly unusual move, the U.S. Attorney General William Barr said last month that the United States and its allies should consider taking a controlling stake in one or both of Nokia and Ericsson to counter Huawei’s dominance.

But Nokia’s outgoing chairman Risto Siilasmaa told a news conference on Monday Nokia has no plans to assess its strategic options.

“The new CEO after coming in will do his normal review on our strategy and may then propose changes to the board. But at the moment, we have no such actions underway,” Siilasmaa said.

Nokia’s shares, which in October lost a third of their value when the group admitted to some delays in its 5G development and issued a profit warning, were originally up 4 percent on the news, but had dropped back to nearly flat by 11:40 GMT.

Lundmark, CEO at Fortum since 2015, held executive positions at Nokia between 1990 and 2000, including vice president of strategy and business development at Nokia Networks. By 1998 Nokia had grown into the world’s largest mobile phone manufacturer, a position it maintained for more than a decade.

His appointment will reunite him at the top of the company with Baldauf, another key executive from that period, who headed Nokia’s networks unit—now the group’s main business—between 1998 and 2005.

“This is clearly a choice of Mrs. Baldauf due to their common history at both Nokia and Fortum,” Nordea analysts said.

“A new era will start at Nokia and could include strategy and portfolio revisions announced in H2. We welcome this change and view Mr. Lundmark as a good choice for the job given the situation,” they said in a note to clients.

Lundmark led Fortum to embark on a bold attempt to gain control of its German rival Uniper, resulting in a power deadlock between the companies that has yet to be resolved.

Before his time at Fortum, Lundmark led Finnish cranemaker Konecranes for 10 years until 2015.

“We view the change of CEO positively due to the fact that in its current situation Nokia needs a greater redirection which embarks from changing the management,” said analyst Mikael Rautanen of Inderes.

“At the same time, the news strengthens our earlier assessment that the company has more than just temporary problems,” he added.

Nokia halted dividend payouts after the October profit warning. While Huawei has suffered from U.S. authorities’ decision last May to blacklist the group, Nokia has struggled to capitalize on those restrictions.

One of the firm’s main headaches has had to do with delays and additional investments in its 5G system-on-chip (SoC) development, which allows a single chip to carry an entire computer system and enables Nokia to produce its network technology more cheaply.

A Reuters report revealed last month that Europe’s biggest telecoms operator Deutsche Telekom had dropped Nokia as a provider of radio gear from all but one of its dozen markets in the region, telling it to improve its products and service.

However, a source close to the company told Reuters there was no truth to the report. Nokia declined to comment at the time.