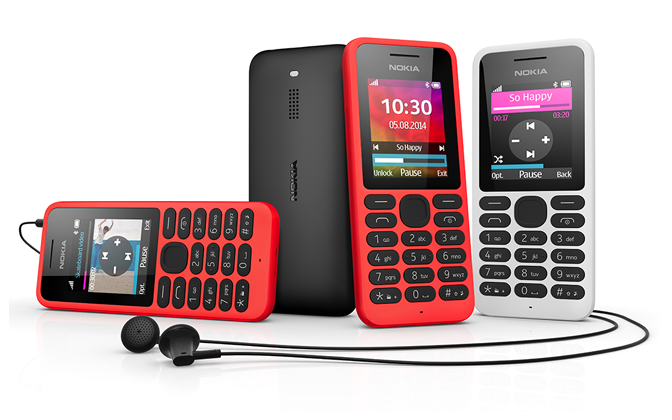 The Nokia 130, which will retail for $25, doesn’t have an internet connection, but does allow up to 46 hours of music playback or 16 hours of video watching.

The phone also has a 1.8-inch colour display, dual-band GSM support on a Mini SIM card, and optional dual Sim version, Bluetooth 3.0, a standard microUSB port, built-in flashlight at the back, and a 1020 mAh removable battery.

The Nokia 130 will come in three colors, black, white, and red, and is slated for launch towards the end of September.

Nokia is still looking to target the emerging markets, as well as the potential need for in developed markets for a no-frills phone.

Microsoft phone unit VP Jo Harlow told re/code in an interview that the company will be committing to those parts of the business for the long-term.

“Microsoft doesn’t have any other project that can reach these consumers,” Harlow said.

Harlow added that many people still do not own cell phones and that the basic phone business market is “stable and growing,” as compared to the feature phone segment.

Also, if these basic phones are given Internet connection, Microsoft can then get customers to use Microsoft services like OneDrive and Bing.

“These consumers will create a Microsoft account and become part of the Microsoft ecosystem,” Harlow said.