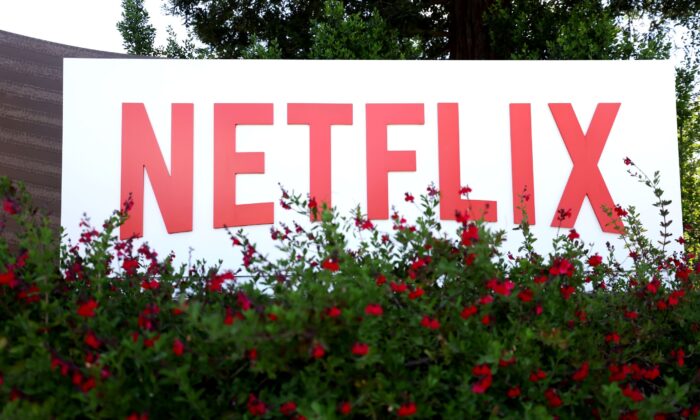 A sign is posted in front of Netflix headquarters in Los Gatos, Calif. on April 20, 2022. (Justin Sullivan/Getty Images)
Companies

The 200,000 subscribers loss came as one of the biggest surprises for the streaming video-on-demand company Netflix Inc’s (NASDAQ:NFLX) investors—sending its stock tumbling by 25 percent post the bell.

The Asia-Pacific market emerged as a glitter of hope amid this slump for Netflix. The company said that it added about 1.09 million paid members in the Asia Pacific (APAC) region during the first quarter, which was a decline from 2.58 million member additions in the December quarter—but remains better in comparison to other key regions, especially North America.

“We’re making good progress in APAC, where we are seeing nice growth in a variety of markets, including Japan, India, Philippines, Thailand, and Taiwan. Over the longer term, much of our growth will come from outside the US,” Netflix said in the shareholder letter.

The massive drop came amid rising inflation and a volatile geopolitical situation caused by the Russian Invasion of Ukraine. Moreover, the fierce competition in the cluttered OTT market contributed to the underlying pain of the California-based company.

Netflix’s suspension of the service in Russia took a massive toll, resulting in the loss of 700,000 subscribers.

APAC Region to Be on the Driver Seat

Although the APAC region forms only 15 percent of the company’s told user base, the region has recently turned out to be a major game-changer for the streaming giant as it relies more on the International markets.

Netflix has been edging over the APAC market; the company in December slashed the prices of its streaming services in India for the first time since launching five years ago in the South Asian nation in order to boost its subscriber base.

The company’s COO Greg Peters said this has helped in receiving an additional bump in subscribers during the earnings conference call.

“(The subscribers) are largely behaving similar to the subscribers we’ve added over the last 12 months. This was a bet in terms of long-term revenue maximization,” he said.

The Co-CEO of Netflix, Ted Sarandos, also noted that the company had seen a “nice uptick in engagement in India.”