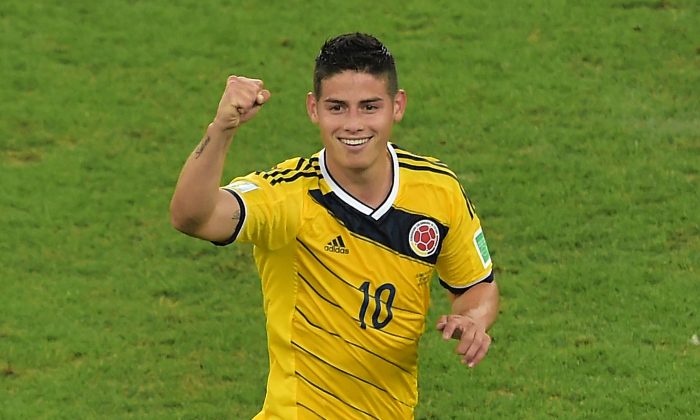 Colombia's midfielder James Rodriguez celebrates scoring the 2-0 goal during the Round of 16 football match between Colombia and Uruguay at the Maracana Stadium in Rio de Janeiro during the 2014 FIFA World Cup in Brazil on June 28, 2014. (GABRIEL BOUYS/AFP/Getty Images)
Soccer

How do Neymar and James Rodriguez compare at World Cup 2014?

Brazil will take on Colombia on Friday, July 4, and in World Cup of individuals, the battle between Neymar and Rodriguez is set to be a titanic one.

Both No. 10s have carried their respective teams so far with crucial goals, but finding the back of the net only tells part of the story.

Check out their key stats in World Cup 2014 below.

Noticeably against Chile and Mexico, Neymar’s lack of goals in open play meant that Brazil struggled to get a result.

Neymar is the more natural striker, but has converted lesser shots on goal than Rodriguez.

No competition here. Rodriguez clearly makes his team play, while Neymar hasn’t been successful in fashioning out chances for his team.

See an AP story on Neymar and James Rodriguez below.