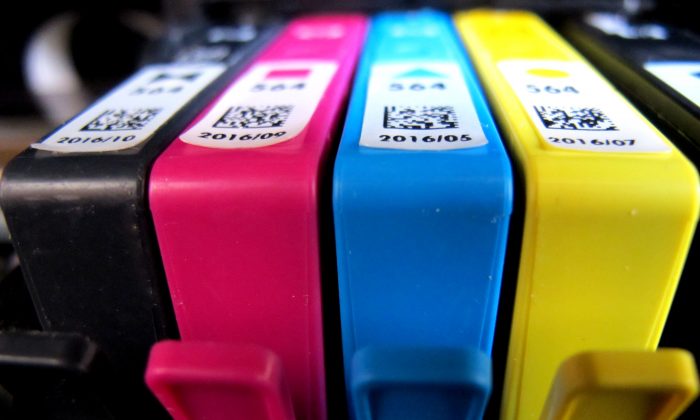 "Liquid metal in its native form is not inkjet-able," Rebecca Kramer says. "So what we do is create liquid metal nanoparticles that are small enough to pass through an inkjet nozzle." (frankieleon, CC BY)
Tech

Next Wearable Tech May Come From Inkjet Printers

Inkjet printers could in the future be used to make pliable robots and stretchable garments that people would wear to interact with computers or use for therapeutic purposes.

“We want to create stretchable electronics that might be compatible with soft machines, such as robots that need to squeeze through small spaces, or wearable technologies that aren’t restrictive of motion,” she says. “Conductors made from liquid metal can stretch and deform without breaking.”

“This process now allows us to print flexible and stretchable conductors onto anything, including elastic materials and fabrics,” Kramer says.

This process now allows us to print flexible and stretchable conductors onto anything, including elastic materials and fabrics
— Rebecca Kramer

The method, called mechanically sintered gallium-indium nanoparticles, is introduced in a research paper that will be published in the journal Advanced Materials.

“Liquid metal in its native form is not inkjet-able,” Kramer says. “So what we do is create liquid metal nanoparticles that are small enough to pass through an inkjet nozzle.

“Sonicating liquid metal in a carrier solvent, such as ethanol, both creates the nanoparticles and disperses them in the solvent. Then we can print the ink onto any substrate. The ethanol evaporates away so we are just left with liquid metal nanoparticles on a surface.”

After printing, the nanoparticles must be rejoined by applying light pressure, which renders the material conductive.

This step is necessary because the liquid-metal nanoparticles are initially coated with oxidized gallium, which acts as a skin that prevents electrical conductivity.

“But it’s a fragile skin, so when you apply pressure it breaks the skin and everything coalesces into one uniform film,” Kramer says. “We can do this either by stamping or by dragging something across the surface, such as the sharp edge of a silicon tip.”

The approach makes it possible to select which portions to activate depending on particular designs, suggesting that a blank film might be manufactured for a multitude of potential applications.

“We selectively activate what electronics we want to turn on by applying pressure to just those areas,” Kramer says. The process could make it possible to rapidly mass-produce large quantities of the film.

Future research will explore how the interaction between the ink and the surface being printed on might be conducive to the production of specific types of devices.

“For example, how do the nanoparticles orient themselves on hydrophobic versus hydrophilic surfaces? How can we formulate the ink and exploit its interaction with a surface to enable self-assembly of the particles?” she says.

The researchers will also study and model how individual particles rupture when pressure is applied, providing information that could allow the manufacture of ultrathin traces and new types of sensors.