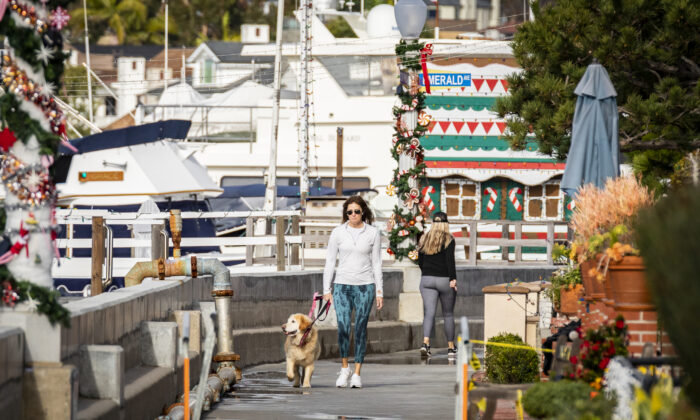 NEWPORT BEACH, Calif.—Newport Beach is taking steps to ban tattoo parlors from waterfront and storefront areas to “maintain the quality and character of the community,” according to a recent staff report.

The city council has approved the first reading of an ordinance that would ban new tattoo parlors from operating in coastal waterfront and commercial storefront areas and would bar shops from opening within 500 feet of schools, parks, and residential homes.

According to the report, the regulations are necessary to ensure that shops “are compatible with the surrounding area, do not result in an overconcentration, and maintain the quality and character of the community.”

The ordinance creates “reasonable time, place and manner restrictions” for tattoo shops—restricting them in certain commercial and coastal zones, including streets designed for high walkability and areas on or near the city’s waterfront to “maintain [its] marine theme and character.”

West Newport, the Balboa Peninsula, Harbor Island, and Corona Del Mar, are not allowed to have any new tattoo shops of any kind.

Tattoo parlors will be allowed, however, in general commercial areas and must be spaced 1,000 feet from other tattoo shops.

Operating hours would also be restricted from 10 a.m. to 10 p.m. Customers must be scheduled by appointment, with no walk-ins.

Additionally, tattoo shops will not be able to serve alcohol, and the use of marijuana will be prohibited. Smoking within 20 feet of the shop will also not be allowed.

Because tattoos were ruled in 2010 to be protected speech under the First Amendment in a 9th Circuit District appeals case, cities are not allowed to ban or regulate tattoo establishments.

However, they may restrict some “objective standards” such as hours and zoning.

There are currently five tattoo parlors operating in the city, according to city officials. The ordinance only applies to new establishments.

However, officials have identified as many as 200 sites potentially available for new tattoo shops, though that number would decrease, officials said, due to the 1,000-foot spacing requirement, as more shops open.

The issue will be heard by the council on May 10, when it is expected to vote to approve the ordinance.