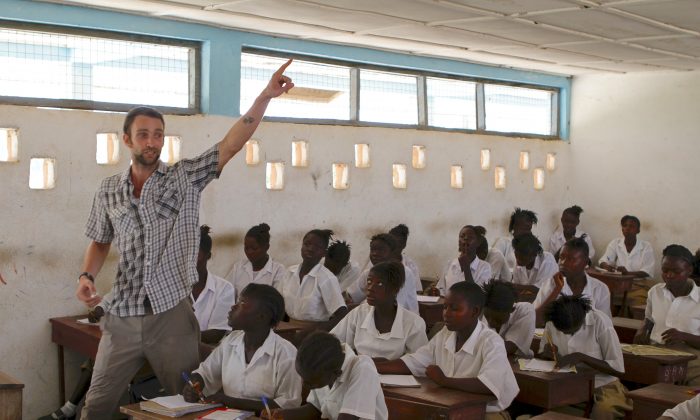 NEW YORK—For the second year in a row New York City can celebrate both the adventurous spirit and good will of its citizens as the top volunteer-producing metropolitan area for Peace Corps across the country.

New York state is ranked the second state in the nation by the number of volunteers, with 420. Meanwhile, Ithaca, NY, is the top region for Peace Corps volunteers per capita.

“Americans from all across our great country and all walks of life are drawn to the Peace Corps by a spirit of service and a passion for helping others,” Peace Corps Acting Director Carrie Hessler-Radelet stated in a press release.

“Most of my students and neighbors had never met an American, so I was proud to represent my country and hopefully portray a positive image,” said Liam Flaherty, a New York City native who is currently serving as an education volunteer in Sierra Leone.

Peace Corps was established by President John F. Kennedy in 1961 to “promote world peace and friendship” by sending American citizens to work around the world, promote American culture, and learn about other cultures. Since then, more than 210,000 volunteers have participated on missions in 139 countries.