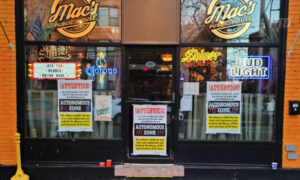 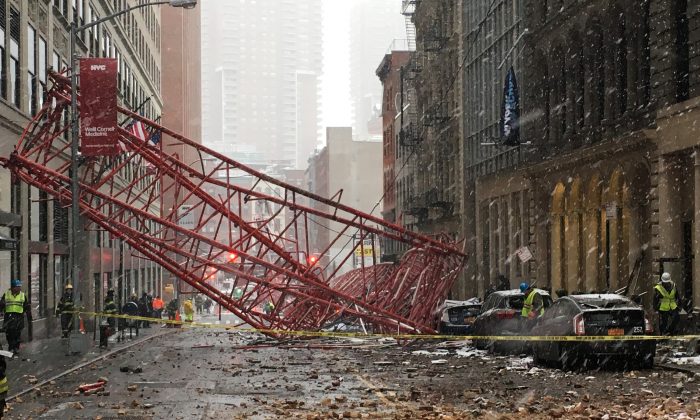 NEW YORK—One person died and two others were seriously injured when a crane collapsed in Lower Manhattan, smashing the roofs of parked cars as it crashed onto the street, authorities said.

The collapsed red metal lattice landed across an intersection and stretched much of a block after the accident, which occurred around 8:25 a.m. in the Tribeca neighborhood, about 10 blocks north of the World Trade Center. There was damage on the roof of a nearby building and debris littered the street.

“It was right outside my window,” said Robert Harold, who works at the Legal Aid Society. “It was a crashing sound. You could feel the vibration in the building. I looked out the window and saw it lying in the street.”

Harold said at least one person was trapped in a car and he saw onlookers trying to get the person out. Harold said he also saw a person lying motionless on the street.

Church Street was blocked off for at least 3 blocks and nearby buildings were evacuated. Officers told people arriving for work that they should go home.