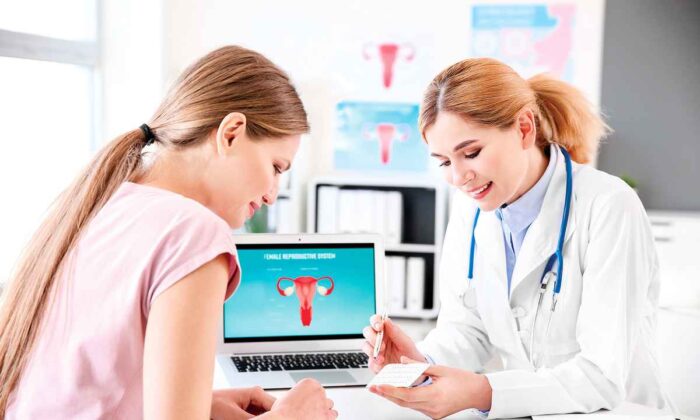 Researchers have developed a new technology that permits the growth of fallopian tubes and uterine tissue, offering a better approach to female reproductive repair surgery and hope for women born with reproductive abnormalities to obtain a normal functioning reproductive system.(Shutterstock image)
Women's Health

Researchers have developed a new technology that permits the growth of fallopian tubes and uterine tissue, offering a better approach to female reproductive repair surgery and hope for women born with reproductive abnormalities to obtain a normal functioning reproductive system.

Unfortunately, some women are born with missing or malfunctioning reproductive organs; this occurs because of irregularities in the growth and fusion of their Mullerian ducts, the process which produces the female reproductive tract.

Mullerian ducts are a set of simple and uniform tubes that, during the first few months of gestational development in female babies—around the fourth to 12th week in the pregnancy—fuse to form the complex reproductive organs we normally refer to as a uterus.

At present, the University of Newcastle notes there are up to 80,000 female reproductive repair surgeries recorded to have been performed every year in the United States alone.

Co-author of the study, Prof. Pradeep Tanwar, the Director of the Global Centre for Gynaecological Diseases at the University of Newcastle and a researcher at the Hunter Medical Research Institute (HMRI), said that there are several reproductive abnormalities that can occur during this crucial period of development. He also noted that there is a need to improve treatments for such abnormalities in order to achieve a better quality of life for women with these congenital abnormalities.

“Our study has laid the foundation for growing patients’ own cells and using them for regenerative surgeries to reduce future complications and improve the quality of life for these patients,” he said in a Newcastle University media release.

How the Researchers Grow the Tissue

To generate the natural tissue, the team of researchers used stem cells gathered from the fallopian tubes and uterine tissue, to derive tiny, self-organising, and three-dimensional tissue cultures, called organoids.

“Self-organizing means cells of organoids arrange themselves without external inputs/interventions,” he said.

In growing these organoids, the researchers drew inspiration from their study of fetal development’s key stages, replicating the growth and fusion of the Mullerian ducts.

Stem cells have been used in medicine for more than fifty years, with the most common stem cell procedure currently being bone marrow transplants—also known as hematopoietic stem cell transplants—used to treat patients with blood cancers such as leukemia and blood disorders such as sickle cell disease and thalassemia.

More recently, skin grown from stem cells has been used to treat extensive burns, and stem cells from fat (adipose tissue) have been used as tissue fillers.

Discovering the Regenerative Power of the Organoids

The researchers developed scaffolds using tissue collected from adult humans and found that when the lab-made organoids were transplanted onto the scaffold, the tissue could be regenerated outside of the body.

“Organoids are used spherical in shape and need scaffolds to gain the native tissue shape and size. Therefore, scaffolds need to be prepared to provide support and shape to the organoids,” Tanwar said.

“Scaffolds could be derived from synthetic and natural biomaterials.”

The discovery that these organoids can allow patients to grow their own cells could have a significant effect on the way reconstructive surgeries are performed for people with reproductive abnormalities.

“These patients have small remnant tissues that can be collected as small biopsies then expanded in the lab, and then used for patients’ surgical treatment,” Tanwar said.

Tanwar said that this treatment might not be the right approach for repairing scarring of the reproductive tract that is caused by conditions such as endometriosis or PCOS.

“Tube scaring is probably a different issue altogether and might require a different approach.”

The study showed that if during the first weeks of pregnancy, when the Mullerian ducts form, the growth environment is without WNT proteins, the ducts will not develop normally.

The researchers also found that the absence of such proteins inhibits the regenerative ability of human fetal organoids.

Alterations in WNT proteins characterise a genetic disorder called Mayer-Rokitansky-Küster-Hauser syndrome (MRKH), which affects one in every 4,500 women.

MRKH is only one of the conditions that can bring about reproductive abnormalities that result in health complications, which require surgical repair in later life.