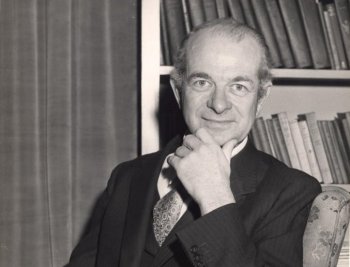 By W. Gifford-Jones
biggersmaller
Print
How will history judge me for questioning the benefits of cholesterol-lowering drugs (CLDs)? I’ll never know, but a report in the British Medical Journal now says that the side effect of muscle and back pain may be more frequent than originally believed.

Based on a study of 226,000 people taking CLDs, the report says that muscle pain and weakness occurred in as many as one-third of patients, with moderate or severe muscle pain in 100 to 300 women.

Severe muscle pain is a worrying symptom as it may be the prelude to rhabdomyolysis. This is a life-threatening condition where a large amount of muscle tissue is destroyed, causing kidney failure. This complication occurs in about 1 in 10,000 patients. So if muscle pain develops, it should be reported immediately to the doctor.

The journal Lancet also reports a 2010 study showing that a case of Type 2 diabetes occurs for every 255 people who take CLDs for four years.

Other research has linked CLDs to cataracts, liver problems, and mental confusion. The most classic case of brain dysfunction involved Dr. Duane Graveline, a physician and NASA astronaut.

During a routine checkup, NASA physicians found that he had an elevated blood cholesterol level. Doctors prescribed Lipitor to correct this problem. Several months later, Graveline arrived home, did not know where he was, and could not recognize his family.

NASA physicians refused to believe that his amnesia was related to Lipitor, but they discontinued the drug, and Graveline gradually recovered his senses.

Later, NASA doctors prescribed half the dose of Lipitor, and after several months, Graveline’s problem recurred. Finally, doctors admitted that Lipitor was associated with the development of transient global amnesia. Since his retirement from NASA, Dr. Graveline has authored several books criticizing the use of CLDs.

Today millions of people are taking CLDs. There is no evidence of an epidemic of transient global amnesia. But to conclude that the use of CLDs is a reasonable and responsible way to decrease cardiovascular disease is, in my opinion, questionable.

Readers may wonder if I take CLDs since I, too, have an elevated blood cholesterol level. The answer is no, and several cardiologists say I’m making a bad mistake. They may be right.

This does not imply that I play Russian roulette with my life. But I am skeptical of research that I believe exaggerates the benefits of CLDs. Statistics can always be manipulated to show great results.

Besides, I’m not the only one that questions the use of CLDs. Dr. Ikas Sukhatme, professor of medicine at Harvard Medical School, developed leg pain while taking a CLD. This prompted him to discover a gene called atrogen-1, which triggers the breakdown of proteins in muscle tissue. He also showed that the higher the dose of the CLD, the greater the destruction of muscle tissue.

Another researcher, Dr. Annette Draeger, of the University of Berne, Switzerland, obtained biopsies of CLD patients complaining of muscle pain. Significant muscle injury was shown in 57 percent of these patients.

Other researchers are concerned that by lowering blood cholesterol, patients may be substituting one devil for another. For instance, in one study, those taking CLDs had 22 fewer deaths from cardiovascular disease, but 24 more deaths from cancer, hardly a good exchange.

But my prime reason for bypassing CLDs is that I believe Dr. Linus Pauling, two-time Nobel Prize winner, and professor Sydney Bush, a distinguished British optometrist, are right. Pauling stressed that humans, unlike animals, do not produce vitamin C. This causes atherosclerosis in coronary arteries and heart attack.

What happens in retinal arteries must also occur in coronary vessels.

So I’ll take my chances with vitamin C. You can get the complete story on vitamin C and the amino acid lysine at DocGiff.com. But remember, I’m not your doctor, and I’m not suggesting you discontinue CLDs.

Dr. Gifford-Jones is a medical journalist with a private medical practice in Toronto.

His website is DocGiff.com He may be contacted at Info@docgiff.com