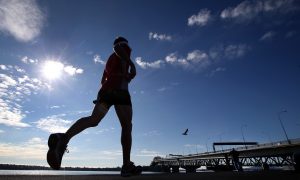 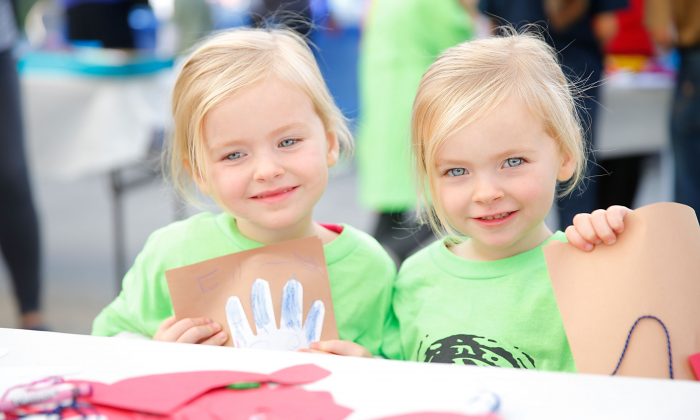 WASHINGTON—Improvise isn’t a word parents want to hear from their kid’s doctor. Yet pediatric specialists too often have to jury-rig care because many of the medical devices needed to treat sick children were built for adults.

Part of the problem is size.

Doctors fixed Alice de Pooter’s faltering heartbeat by wedging an adult pacemaker into a baby’s body. But the device’s large battery bulged so badly under her rib cage that she struggled to sit upright until her first birthday.

It’s also an engineering problem. Children aren’t just miniature adults; their bodies are growing and changing. When adult devices haven’t been formally studied in children, using them in youngsters can raise safety questions.

There’s little financial incentive to create and test pint-sized devices because children overall are healthier than adults and make up a fraction of the treatment market.

But families are starting to demand solutions.

A birth defect left Miyah Williams with one leg missing at midthigh. The prosthetic leg she received as a toddler came with such a painful, sweat- and sore-inducing socket — a rigid cup connecting the leg to her thigh — that she refused to wear it. Her mother eventually found a small San Francisco company willing to design a softer, adjustable socket able to grow some as Miyah does.

Miyah, now 3, dances to show off a leg finally comfortable enough to wear all day.

“She told them earlier today that her bone no longer hurts,” Tamara Williams of Fayetteville, North Carolina, said of manufacturer LIM Innovations. “They made her a socket that changed her life.”

The industry acknowledges medical devices designed specifically for children often lag five years to 10 years behind new technology for adults, and Food and Drug Administration statistics illustrate the disparity. In 2013, eight of the 38 novel or higher-risk devices FDA approved were labeled for use by patients younger than 22. In 2014, six of 33 such device approvals were for pediatric use; so were two devices for rare disorders allowed to sell under a special fast-tracking program.

Consider pacemakers. Children account for only about 1 percent of pacemaker implants, said Dr. Charles Berul, co-director of Children’s National Heart Institute. Adult pacemakers such as the biventricular version implanted into Alice de Pooter when she was 4 months old can save lives, but improvising has drawbacks, he said.

Adults typically have a pacemaker’s electrical leads, or wires, easily threaded into the heart through a vein, but babies require open-chest surgery attaching them to the outside of the heart, explained Berul, Alice’s longtime cardiologist. Faster child heartbeats wear out the batteries more rapidly, and the leads can stretch out of place as tots grow.

Now 3 and living near Houston, Alice has a well-functioning heart and while the battery’s outline remains visible in her belly, “she’s running and happy,” said her mother, Charlotte Vanheusden.

Manufacturers are developing a tiny wireless pacemaker for adults. If it works, Berul hopes eventually that could be adapted for children, too. Meanwhile, he’s developing a less invasive way to place today’s wires in tots, with aid from a tiny camera normally used in the urinary tract.

It’s an example of partnerships between doctors and bioengineers that are springing up at numerous children’s hospitals and universities, sparked in part by 2007 legislation establishing an FDA program with a small budget to help fund early pediatric device development. This year, FDA awarded $3.5 million to eight such consortia around the country. Some experts argue more far-reaching incentives are needed, such as tax credits and patent exclusivity that in recent years have spurred an increase in medications for rare diseases.

Another incentive: Make a device that works first in kids, and “absolutely there will be benefit for the adult population. It’s not as easy the other way around,” said Dr. Vasum Peiris, FDA’s new chief medical officer for pediatric devices.

Doctors point to some successes. The Berlin Heart child-sized implantable pump was approved through a special FDA program in 2011 to help children survive the wait for a heart transplant, an option long available for adults. OrthoPediatrics Corp. of Warsaw, Indiana, recently created a device to repair a common knee injury, a torn ACL, without damaging young children’s still-growing bones.

Why Are Some Medical Schools Still Killing Pigs to Train Students?

Last month’s competition by Children’s National’s innovation institute highlighted early prototypes attempting to wind through the pipeline, from a device by Ireland’s AventaMed to implant ear tubes in youngsters without requiring full anesthesia to a test by Prospiria Inc. in Galveston, Texas, showing if breathing tubes are inserted properly.

The ideas don’t have to come from pediatricians: “Just ask patients what they want,” said Dr. Andrew Pedtke, an orthopedic surgeon who co-founded LIM Innovations after seeing adult amputees struggle with painful sockets and had a small team beginning pediatric work when Miyah’s mother made her request.