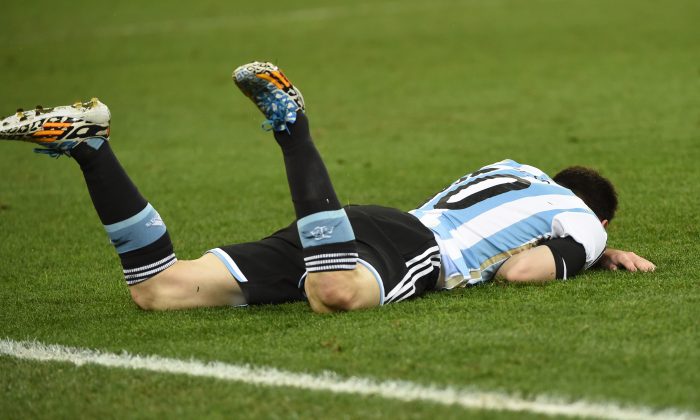 Argentina's forward and captain Lionel Messi reacts after a challenge during the semi-final football match between Netherlands and Argentina of the FIFA World Cup at The Corinthians Arena in Sao Paulo on July 9, 2014. (PEDRO UGARTE/AFP/Getty Images)
Soccer

Netherlands have built a defensive Great Wall, and so far Argentina have not been able to breach it.

ESPN FC tweeted a photo showing the Dutch in a 6-3-1 formation.

#NED going for the great wall of the 6-3-1 pic.twitter.com/lEaqC3hMVl

Oddly enough, Argentina have been bright going down the right flank, but just have not been lucky or effective enough to grab a goal.

Still, both sides are set up to play the counter attack game, and the defensive part of both sides’ game play is working well now as the game is scoreless.