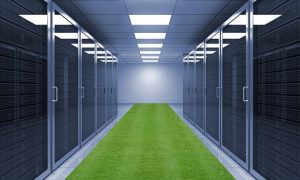 The Digital Economy Is No Leveller, It's a Source of Inequality
0
Share Now
TelegramFacebookTweetEmailTellMeWeReddit
Copy Link
Business

Nearly Half of States Expect to Confront Big Budget Gaps

ATLANTA—With the nation’s economy at its healthiest since the Great Recession, a surprising trend is emerging among the states — large budget gaps.

An Associated Press analysis of statehouse finances around the country shows that at least 22 states project shortfalls for the coming fiscal year. The deficits recall recession-era anxiety about plunging tax revenue and deep cuts to education, social services and other government-funded programs.

“After all, if a state is grappling with a budget deficit now, with the economic expansion approaching its sixth anniversary, what will be its condition when the next slowdown strikes?” credit analyst Gabriel Petek wrote in a recent report.

The forces at work today are somewhat different than when the recession took hold in 2008. In some states, revenue growth has been stagnant, missing projections and making it difficult to keep pace with expanding populations and rising costs for health care and education. Other states have been hurt by a steep decline in oil prices or seen their efforts to promote growth through tax cuts fail to work as anticipated.

The result is a nation divided between states such as California and Colorado that are riding the wave of the economic recovery and others such as Illinois and Pennsylvania that appear closer to bust than boom.

A majority of states have failed to climb back to their pre-recession status, in terms of tax revenue, financial reserves and employment rates, said Barb Rosewicz, who tracks the fiscal health of states for The Pew Charitable Trusts.

Alabama, for example, faces a $290 million shortfall after a voter-approved bailout expires at the end of the current fiscal year. Projected cuts would create a $27 million hole in the state’s court system, forcing more than 600 layoffs and leaving just one juvenile probation officer and two clerical staffers in each county, said Rich Hobson, administrative director for the Alabama Unified Judicial System.

If nothing is done, the courts will not have the staff to send jury notices, monitor juvenile delinquents, process protection orders and collect and distribute child support payments, he said.

“This is an insane proposition,” Hobson said. “The public would suffer.”

To avoid the cuts, Republican Gov. Robert Bentley has proposed raising $541 million through increases in the tobacco tax and sales taxes on automobiles.

A top Republican in the Alabama Senate has introduced a gambling bill that would ultimately ask voters to decide whether to create a state lottery and allow four casinos. Lawmakers in some other states, including Nevada, Connecticut and Pennsylvania, have also debated whether to raise taxes.

Nationally, total tax revenue coming to the states has been rising, but the pace has been slow as employment continues to lag pre-recession levels in more than half the states, according to the Pew Charitable Trusts. Pew also found that 30 states are collecting less revenue than at their peak.

“What we are seeing across states right now is an economic and financial recovery that is a little bit different than the recoveries we’ve seen in the past,” said Emily Raimes, a vice president with Moody’s Investors Service who tracks state government finances.

Previous recoveries were broader, she said, benefiting more states and allowing them to replenish their financial reserves.

That represented the fourth consecutive overall increase, but 17 states reported declines in tax revenue from the previous fiscal year, according to the report. Alaska saw the biggest drop, of $1.7 billion.

Alaska relies heavily on oil revenue and projects a $3.2 billion budget shortfall for the coming fiscal year. A special legislative session has been called after lawmakers failed to agree on a way to fund the budget, even though the state has plenty of money in reserves to cover the gap.

That’s not the case in Illinois, where lawmakers are trying to figure out how to close a $6 billion projected shortfall for the next fiscal year, due largely to the expiration of a temporary tax increase.

Republican Gov. Bruce Rauner, who campaigned against the tax plan, has suggested cuts to health care, local governments and other areas. But lawmakers in the Democratic-led General Assembly say spending cuts alone will not close the gap.

In Kansas, the Republican governor and GOP-dominated Legislature now confront budget deficits after aggressive tax cutting that prompted them to reduce school funding this spring.

Districts across the state have cut staff and programs such as summer school, and at least eight are ending the current school year early to save money. That includes the Shawnee Heights district outside Topeka, where students will begin their summer break two days early.

Lawmakers passed a new school funding law that promises the money will be restored and state aid will rise each of the next two fiscal years, but educators are skeptical.

“There’s no rational person in education who would think we’ll be getting that money, when the state budget is tanking,” said Charles Walther, a middle school history, government and geography teacher who heads the district union.