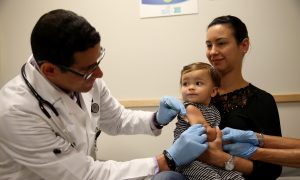 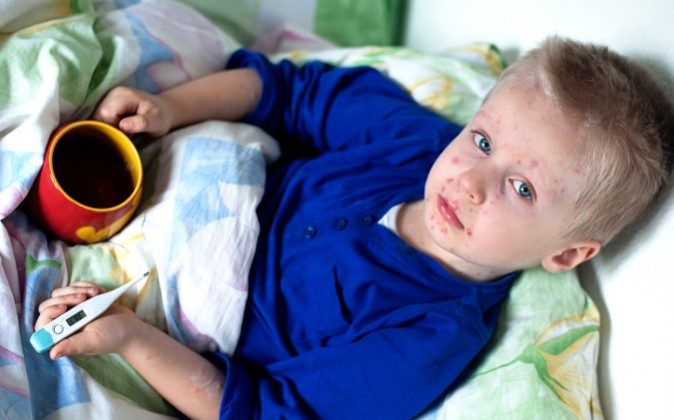 Nearly All Kids Got Measles in the 1950s

Over 600 measles cases in United States in 2014 sounded alarms. It was the highest number of cases of measles since it was declared eliminated in the United States in 2000. If the current trend continues, the country could see 1,000 cases this year, the most since 1992.

It is alarming, since the measles can be life-threatening. For every 1,000 cases of measles in children, one or two will die from it, according to Centers for Disease Control and Prevention (CDC) statistics.

There was a time, however, when measles was extremely common in kids, almost as common as a cold. Prior to development of a vaccination in 1963, nearly all children ached through the illness before the turned 15. Once  suffering through it, a person is immune for life. This means if you were born or lived in the country before 1957, you’re almost certainly immune to measles since you’ve probably had it.

So what is the big deal with a disease that disappears on its own after a week of fever and rashes?

Measles spread like a wildfire. If one shares living space with a sick person, one’s almost certain to catch it. Children are most susceptible to measles and so schools—and places like Disney Land—are among the most suitable environments for it to spread.

Isolation helps only in part, as it takes one to two weeks for the disease to develop and one may be infectious a couple days before any symptoms appear.

Before Media Hysteria Measles Was a Punch Line

Once catching measles, there is no cure. Children with a strong immunity and enough care suffer discomfort–high fever, dry cough, running nose, skin rash–but all’s usually well after a week or so.

But that’s not the case for ones with a weaker immunity. Measles makes one vulnerable to further infections causing diarrhea, otitis media, pneumonia, and even brain inflammation. In extreme cases, these complications can be deadly.

In United States. about 1 in 20 children with measles develops pneumonia and about 1 in 500 dies. But among children suffering malnutrition and poor healthcare up to one in four dies.

During and after the Second World War measles scourged over half a million children a year in United States. Then, in 1954, Dr. Thomas Peebles isolated the virus and few years later first vaccines were tested.

First vaccine was licensed in 1963 and after a few years measles diminished tenfold. With further improvements to the vaccination regime, the disease further receded to just thousands of cases in 1980s, hundreds in 1990s, and finally dozens in 2000s.

Even though some locales with lower vaccination rates suffered outbreaks last year, most notably almost 400 infected in Ohio, there hasn’t been a fatal case since 2005.

Worldwide, even in former measles hotbeds of Africa and Western Pacific there are 4-10 times fewer cases than four decades ago. Still, The World Health Organization reported almost 150,000 died from the disease in 2013.