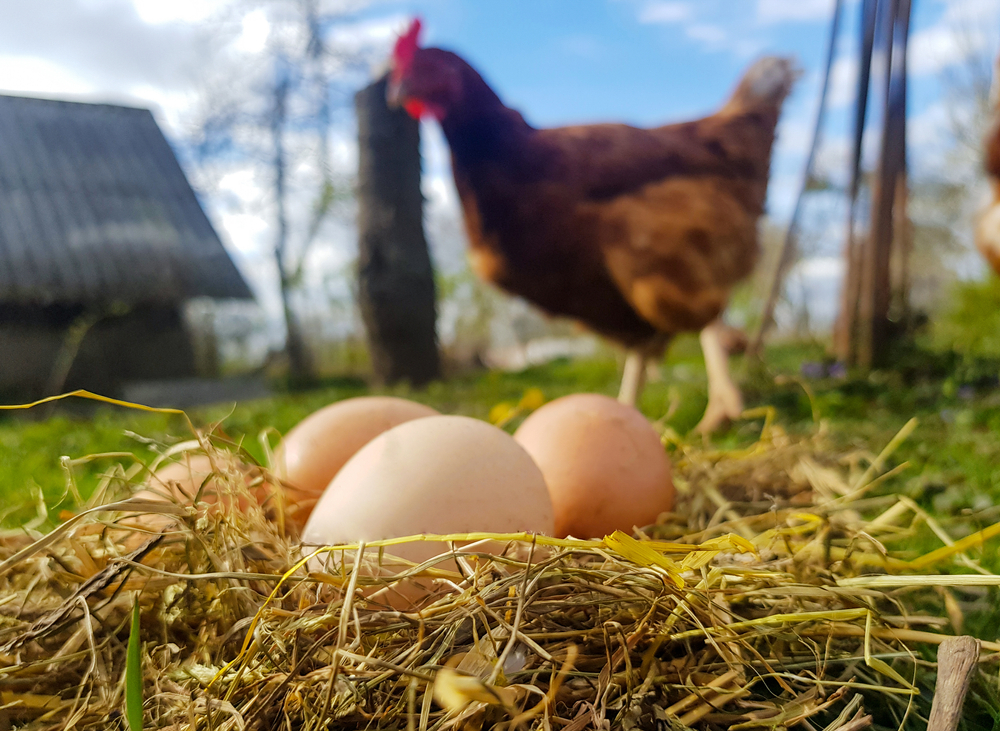 Population studies suggest that low intake of animal protein and high intake of fruits and vegetables may be protective, but not just cutting down on any animal protein. Eggs and poultry seem to be the worst, along with refined grains, but no association was found for red meat or dairy. (ShutterStock)
Men's Health

More than 50 percent of men in their 50s and 70 percent or more of men in their 60s suffer from benign prostatic hypertrophy or BPH––otherwise known as enlarged prostate. This can result in burdensome lower urinary tract symptoms, such as having to get up frequently at night to pee. Current medical treatments are clinically effective, but their efficacy is compromised by side effects and low compliance rates. Symptoms include sexual dysfunction, high-grade prostate cancer, and depression. No wonder there’s poor compliance. And when medication treatment fails, surgical procedures are considered, such as transurethral resection of the prostate. There has got to be a better way.

Population studies suggest that low intake of animal protein and high intake of fruits and vegetables may be protective, but not just cutting down on any animal protein. Eggs and poultry seem to be the worst, along with refined grains, but no association was found for red meat or dairy. Population studies aside, are there any foods that have been put to the test? There have been more than 30 randomized controlled trials on the herb saw palmetto. And it’s been found to be…totally useless.

Evidently, cranberries were used by Native Americans to treat urinary ailments, but you don’t know, until you put ‘em to the test. Now, when they say dried cranberries, they’re not talking about those sugary oily “craisins,” but rather just straight, whole cranberry powder. And significant improvements were seen in BPH symptoms, quality of life, and all urination parameters for just about a teaspoon a day (around 3 grams) of powdered cranberries.

So, we know a teaspoon works, but what about a third of a teaspoon, or a sixth of a teaspoon? They also helped. The results from that one teaspoon of powdered cranberries from the last study would equate to this. Now, this study used a supplement, because it was funded by the company, but the supplement is just straight cranberry powder. So, you might as well buy it in bulk for much cheaper, and just add it to a smoothie or something.

What about a berry that’s a little tastier, like drinking purple grape juice? No benefit whatsoever.

In a previous video, I talked about the use of flax seeds, which may have a therapeutic efficacy comparable to that of commonly used drugs, with only good side effects. Okay, so what about other seeds? Pumpkin seeds have evidently been used in folk medicine as a remedy for prostate disorders for centuries, and in a petri dish, they can cut the growth of BPH prostate cells in half. Scientists have also injected pumpkin seed extracts into rabbits. But what about people?

Pumpkin seed oil appears to help with prostate issues. When pitted head-to-head against the drug Prazosin, it seemed to work as well as the pill. The same when it was head-to-head against the drug Terazosin. What they didn’t have, though, was a placebo group. It would have been nice to see how well the pumpkin seed oil supplement did against placebo. And look, in an ideal world, I’d love to see another group actually just given whole pumpkin seeds themselves. And, boom—there it is. More than a thousand men were randomized to either a pumpkin seed extract, a placebo, or just about a tablespoon a day (about 7.5 grams) of plain pumpkin seeds.

The study was funded by the drug company that made the supplement, but the supplement flopped; it was no better than placebo. But the pumpkin seeds themselves worked. The supplement appeared to reduce symptoms, but not better than placebo. However, just the plain old seeds did. So, it wasn’t just some compound extracted from the oil. And, in fact, we’ve since learned that even an oil-free extract seemed to work. Bottom line, the researchers concluded, is that pumpkin seed could be recommended for BPH patients with mild-to-moderate symptoms. This conclusion was echoed by the European equivalent of the FDA. Pumpkin seeds can be used for the relief of lower urinary tract symptoms related to an enlarged prostate after more serious conditions have been excluded by a medical doctor.