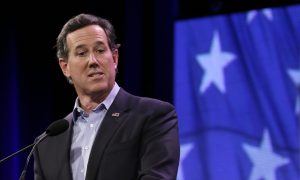 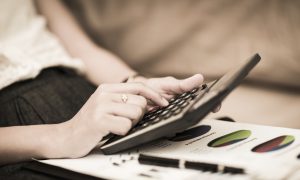 5 Years After the Recession, Only 21% of Small Businesses Say They've Recovered
0 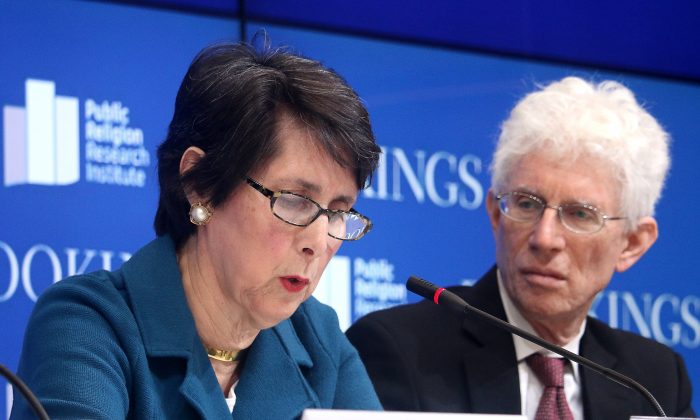 Karlyn Bowman, senior fellow and research coordinator at the American Enterprise Institute, speaks on the findings from 2015 American Values Survey, as William Galston, senior fellow at The Brookings Institution, looks on. The event took place at Brookings on Nov. 17. (Gary Feuerberg/Epoch Times)
US

WASHINGTON—Findings from a highly respected national survey found a significant amount of economic pessimism by the vast majority of Americans, despite the official end of the recession and current unemployment at 5 percent. The 2015 American Values Survey also documented polarization on several social issues, including immigration, terrorism, racial discrimination, cost of education, and the growing gap between the rich and poor. The white working-class emerged as a troubled, isolated group, holding beliefs at odds with other groups.

Released at Brookings Institution on Nov. 17 as a booklet titled, “Anxiety, Nostalgia, and Mistrust: Findings from the 2015 American Values Survey,” it was discussed at a forum co-hosted by Brookings Institution Governance Studies and Public Religion Research Institute (PRRI), which is responsible for what is its sixth annual AVS.

The survey had almost 2,700 respondents, who were representative of the national U.S. adult population from the 50 states in September and early October. The margin of error is +/- 2.6 percentage points. NORC (whose legal name is National Opinion Research Center) at the University of Chicago handled the technicalities of the survey, including sample selection, survey design, interviewing, and weighting results.

Some of the results were especially surprising and counter-intuitive.

An indication of Americans’ negative outlook toward the economy is that more than seven in ten (72 percent) believe that the country still is in recession, which officially ended in June 2009, but the economy has had a sluggish recovery.

More than seven in ten (72%) believe that the country still is in recession.
— Anxiety, Nostalgia, and Mistrust: Findings from the 2015 American Values Survey

“Americans are not confident that we fixed what went wrong,” said Karlyn Bowman, who is senior fellow and research coordinator at the American Enterprise Institute. Bowman, who studies American public opinion, said that in the fall of 2008 when the recession commenced, “many believed that the economic system would collapse.” People were very much afraid and the polls picked up on it. Fear is not often seen in public opinion polling, she said. The 2008/2009 recession still has a “profound effect” on the “public psychology.”

[Regarding the recession] Americans are not confident that we fixed what went wrong.
— Karlyn Bowman, senior fellow, American Enterprise Institute

Best Days Are Ahead or Behind?

Bowman suggested that the persistent economic pessimism regarding the Great Recession is driving the decline in agreement that the country affords equal opportunity. The survey found that nearly two-thirds (65 percent) of Americans believe, in the words of the question asked, “One of the big problems in this country is that we don’t give everyone an equal chance in life.” In 2010, the survey reported only 53 percent for the same question.

Another substantial change was over the percentage who agree that hard work is no guarantee to economic success. In the 2015 survey, 64 percent agreed compared to 54 percent in 2013, a 10 point increase.

58% of Republicans answered that America’s best days are behind us.
— Anxiety, Nostalgia, and Mistrust: Findings from the 2015 American Values Survey

However, the degree of pessimism expressed about the future varies widely when respondents are broken down by race, social class, religious affiliation, and political affiliation. Among the differences found, the biggest surprise is the finding that views on America’s future are strongly aligned with political affiliation. The majority of Democrats (59 percent) say America’s best days are ahead of us, compared to 47 percent of independents, and only 41 percent of persons who identify with the Republican Party.

Fifty-eight percent of Republicans answered that America’s best days are behind us.

Tea Party members are still more pessimistic. Only one-third (33 percent) say that the country’s best days are ahead, while 65 percent say they are in the past.

“Nearly two-thirds (64 percent) of white working-class Americans say the fact that not everyone is given an equal chance in life is a big problem, a view shared by significantly fewer (55 percent) white college-educated Americans,” states the report. A ten percentage point difference between white working-class and white college–educated appears on the agreement that working hard does not necessarily lead to success (68 vs. 58 percent, respectively).

The reason for the attitude is due to stagnant performing wages, said Henry Olsen, senior fellow, Ethics and Public Policy Center. “Most people who have not been to college have not seen a raise in real terms since the Clinton administration,” he said. Olsen said the white working-class men display a greater disengagement from the labor work force, with early retirement, many over 50 increasingly going on disability, and more reliance on various public subsidies.

Joy Reid, host of the Reid Report on MSNBC, said that people today can’t even agree what constitutes racism. The divergence of views is as intense as it was in the 1960s and 1970s, she said. She said that white working-class and Republicans in general turned the page on this historical issue and say racism is now against them.

Olsen said that in the 19050s and 1960s, the white working-class embodied American virtues, and were respected. “I don’t think you would go into a white working-class neighborhood now and consider their virtues, their way of life worthy of respect in popular culture,” he said.

In almost every way, Donald Trump reflects the anxieties and priorities of white working-class voters.
— Joy Reid, host of the Reid Report on MSNBC

On the question of whether America’s best days are ahead alluded to above, only 42 percent of white working-class Americans are optimistic, compared to 56 percent who say the best days are past.

Olsen said, “It is no wonder that they consider America’s past days behind us because to them they are.”

Economist Paul Krugman in a recent opinion article in the NY Times wrote that mortality of middle-aged white Americans has been rising since 1999, while death rates have been falling steadily for other groups in the United States. He notes, “Suicide is way up, and so are deaths from drug poisoning and [excessive drinking].”

Sixty-three percent of white working-class Americans say they feel bothered when they come into contact with immigrants who do not speak English, compared to 43 percent of white college-educated Americans, and 48 percent overall.

“Nearly seven in ten (69 percent) Trump supporters say that immigration is a critical issue to them personally. In contrast, only half (50 percent) of those who support other candidates say that the issue of immigration is critically important to them,” states the report.

William Galston, senior fellow at Brookings and who co-moderated the event, said that white working-class voters deserted the Democratic Party during the Nixon era and have become a key component of the Republican base. They have been persuaded by the “economic conservatism and tough foreign policy.” But now they are in “full revolt” against Republicans’s economic policies, such as trade treaties and immigration reform, which are perceived as inimical to their interests.

The survey found that the white working-class Americans share some consensus views of the mainstream, such as being in favor of raising the minimum wage from $7.25 to $10.10 per hour and paid sick leave, expressing distrust of business corporations, and opposing moving jobs overseas.

Olsen, who said he is a Republican and wants to see his party not lose elections, said that the party establishment needs to support tax reform that has less emphasis on helping those at the top. The theory that lowering taxes on the wealthy—the so-called ‘job creators’—to produce economic growth is not persuasive to the white working-class, he said.