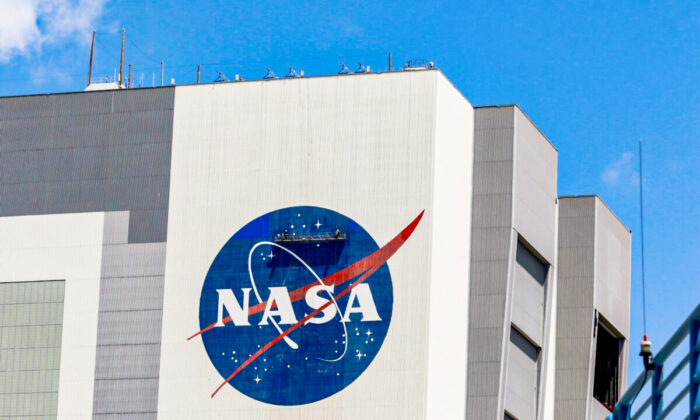 Workers pressure wash the logo of NASA on the Vehicle Assembly Building at the Kennedy Space Center in Cape Canaveral, Fla., on May 19, 2020. (Joe Skipper/Reuters)
Space

America’s newest weather satellite blasted off Tuesday (March 1, 2022) to improve wildfire and flood forecasting across the western half of the country.

It’s the replacement for a satellite launched exactly four years ago, which ended up with a cooling line blockage that hindered its main camera.

The National Oceanic and Atmospheric Administration said the new model is redesigned to avoid the problem. It will be designated GOES-18 after reaching an equatorial orbit 22,000 miles (36,000 kilometers) up. The first images should come next year, following months of testing.

This is the third in a nearly $11.7 billion series of four weather satellites that are among the most advanced ever built; the cost includes 30 years of operation. The first soared in 2016 to track Atlantic hurricanes and other East Coast weather, while the second lifted off March 1, 2018. The fourth is set to launch in 2024.